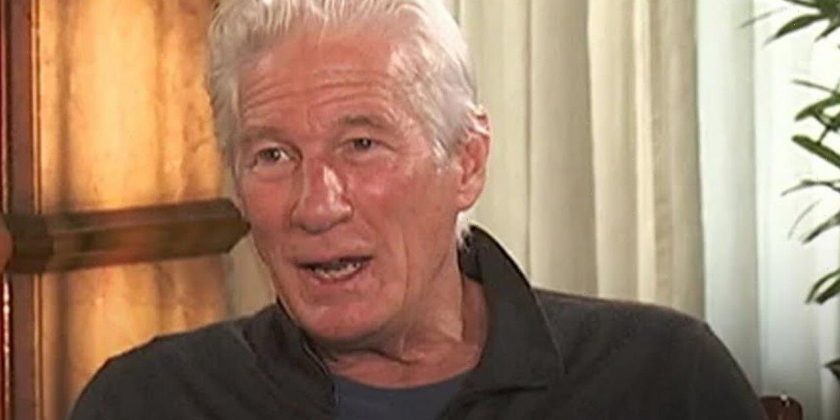 The ‘Pretty Woman’ actor’s controversial plan to build a tower at his luxury Bedford Post inn might go ahead despite complaint from fellow wealthy residents in the area.

AceShowbiz –Richard Gere is expected to score a victory with his controversial plan to erect a cell phone tower on his luxury inn. The “American Gigolo” actor, 73, caused outrage among his wealthy, famous neighbours with his proposal for the 130-foot tall mast on the 14 acres of land where his luxury Bedford Post Inn in Bedford, Westchester County, New York, is based.

The New York Post has reported the plan “appears to be headed for approval” after Bedford town board meeting on Monday, December 19 despite the celebrity hotspot town’s high-profile residents said to be “furious” it would be an eyesore.

Richard co-owns the eight-room Bedford Post, which opened 15 years ago and charges more than $1,000 a night for its best rooms, with real estate developer Russell Hernandez. The pair were asked by Bedford Town Supervisor Ellen Calves in June if they would lease their land for a cell phone tower to fill gaps in coverage for mobile users in the area.

Ellen admitted to the New York Post about the plan “many members of the public were imploring the town board to find a less intrusive alternative,” but she justified the request by adding, “Given that the Post Inn property is commercial, and in the town code commercial property is considered ‘less intrusive’ than residential sites, I was looking… to see if they would consider this.”

The proposal was not fully approved at Monday’s meeting, but Ellen warned even the wealth and power of the local residents may not be enough to stop it going ahead. She added to the Post, “Just because people who have money and power are threatening legal action, that doesn’t mean that they get more deference than anyone else. We have to make the right decision for the whole town. This is a matter of public safety and quality of life.”

Among the stars living in Bedford and its nearby towns are Martha Stewart, Ralph Lauren, Matt Damon, Ryan Reynolds, and Blake Lively. It is not clear where they stand on the cell tower proposal.

But two of the influential, big name residents opposed to its erection are the parents of actresses Kate and Rooney Mara – Kathleen Rooney Mara, whose family owns the Pittsburgh Steelers, and her husband Chris Mara, the son of former New York Giants owner Wellington Mara and grandson of Giants founder Tim Mara.

The couple have lived in Bedford for nearly 40 years, and Kathleen objected in an email to the town’s planning board in November, “In the winter I have a gorgeous vista. And I look forward to it every year. Now I’ll be looking at an ugly tower that will soon be obsolete if the location is approved.”

She has added about the proposal, “I don’t understand why they would want to have it there. Isn’t that how everybody is? Like, not in my backyard or whatever, you know?”