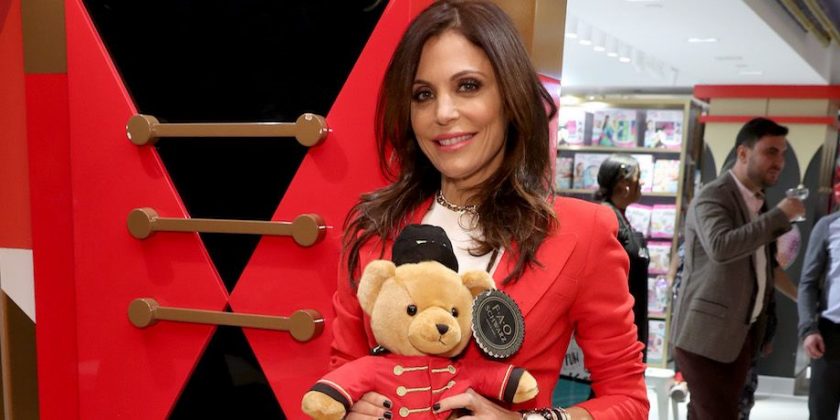 Bethenny Frankel hinted at a split last week on Instagram.

On Monday night, after revealing that she was bed-ridden after suffering a near-fatal allergic reaction, the Real Housewives of New York City star claimed that Bernon — a film producer and real estate developer — actually saved her life. The sickness came to her after she ate some bad soup.

“Not since all the relief work, Dennis’ passing & filming a season have I hit the wall. Today was that day. Still cannot move from bed,” Frankel wrote on December 16.

Then, when a fan reminded Frankel that she had a “new boyfriend” in her life, Frankel wrote on Twitter that, “He saved my life.”

According to a report from People magazine on December 18, Frankel’s allergic reaction occurred over the weekend — and resulted in the reality star being unconscious for 15 minutes. As Frankel later revealed, she would have been dead if she had arrived to the emergency room just five minutes later.

“She went into anaphylactic shock. Her boyfriend friend [sic] saved her life,” a source explained to the magazine.

As fans of The Real Housewives of New York City star may have seen, Frankel first went public with Bernon in October of this year — two months after the alleged overdose death of her former boyfriend, Dennis Shields. At the time, the couple was seen walking hand-in-hand in Bernon’s hometown of Boston, and were later caught kissing near Boston College.

Since then, Frankel and Bernon have been photographed in New York City and in The Hamptons, where they enjoyed a recent vacation with the young daughter Frankel shares with her former husband, Jason Hoppy.

Bethenny Frankel suffered her near-fatal allergic reaction during a visit to Boston.

In September, weeks after the death of Dennis Shields, Bethenny Frankel spoke to People about how she’d been keeping herself occupied after his passing.

“The work I am doing for hurricane relief is a good outlet, but I’m trying to not get too immersed and not avoid the grieving process and feeling,” she said. “I am going through an emotional storm and must go through and not around it.”

“People are suffering way more than I am,” she added. “People have helped me get through my despair with their love and inspiration and now it is my turn.”

Bethenny Frankel and her co-stars will return to Bravo TV next year for the 11th season of The Real Housewives of New York City. A premiere date has not yet been set.