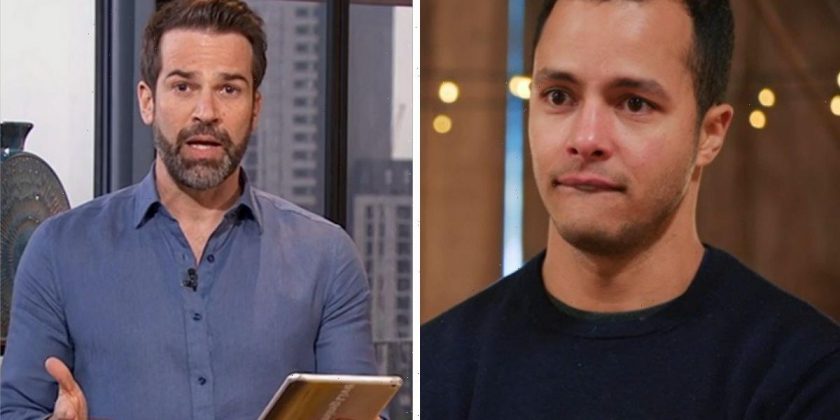 Lorraine: Will Kirk on his new show 'The Travelling Auctioneers'

Will Kirk, 37, has opened up about an “awful” experience he went through during a stint on BBC show Morning Live. Will revealed he went home and cried after an awkward on-air moment with presenters Gethin Jones and Kym Marsh.

The woodwork expert explained his lack of organisation got him into trouble.

He said that once, he was supposed to do a paint demonstration on the show, but didn’t realise he should have already started working on the painting.

The star said he cried when he got home as a result.

Will told Wayne Perrey on Friday’s edition of The TV Carpenter Podcast: “I actually remember one morning that it was my lack of organisation where I was doing a paint demonstration.

“I didn’t realise that I was supposed to have started the painting.”

He continued: “Gethin turned around and said, ‘How are you getting on with that painting?’ and I’m kind of just looking into space in the back and I hadn’t started it yet.

“They came over and the paint was wet, I didn’t have time to start doing anything else and I just had to blag the whole thing.

“It was so awful. I was so sad I cried when I got home. I did actually cry, but it was fine, whatever,” he said, brushing the incident off.

He added that it taught him the lesson that live TV was a completely different ballgame to his pre-recorded work on The Repair Shop, and you need to always be prepared when going live on air.

Will is temporarily stepping aside from The Repair Shop and BBC Morning Live to start work on a new show.

The series is titled The Travelling Auctioneers.

It will be fronted by Will alongside Christina Trevanion and will launch later this year.

It will see the pair embark on a journey across the UK coming across some incredible items on their adventures.

“Christina will call on her auctioneer contacts and expertise.

“Meanwhile, Will uses his incredible craft and restoration skills to bring new life to neglected treasures.

“Ready for a thrilling on-site auction,” the synopsis reads.

The 37-year-old recently shared an update on the series via Instagram.

Posting a photo of himself in a recording studio, he wrote: “No I’m not recording an album!

“I’ve just finished my final voiceover for The Traveling Auctioneer.

“It’s been a blast to film and I can’t wait for you all to see it later this year. Have a lovely weekend everyone!”