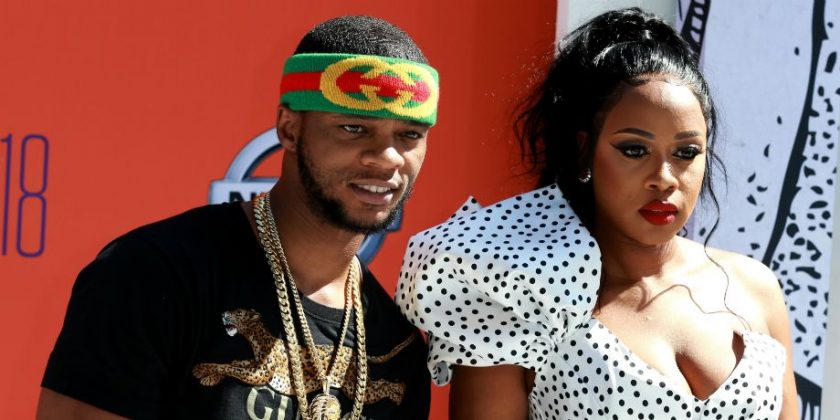 “The Golden Child is here!” Remy Ma announced in her latest Instagram post to her 6.3 million followers. The proud new mother also tagged her rapper husband, Papoose (real name Shamele Mackie), and thanked him for making her the “happiest wife on the planet.”

The equally elated father shared the same gradient pink background with the words “It’s a girl,” with his 1.4 million Instagram followers. “I found a new love!” The rapper exclaimed in the caption of the photo before also tagging and thanking his wife for bringing their daughter into the world. He continued to gush in the caption: “She is beautiful.”

He concluded the caption of his photo vowing to continue to work on himself so he could be a great father for their new daughter.

In a separate post, Papoose also revealed it was a very tough labor. He praised his wife for pushing through it like a “warrior.”

The Golden Child is here!!! Thank you @papoosepapoose for making me the the happiest wife on the planet???? #BlackLove #RemAndPap #BabyMackie #ShesMADDDDcute????

As US Weekly reminds us, it was back in July when the couple announced the expansion of their family after successfully conceiving with the help of IVF. While this is their first child as couple, this is not their first child. Remy is the mother of her 18-year-old son Jayson and Papoose has three children from previous relationships.

The duo have been together for over a decade and were devastated when Remy suffered a miscarriage. Documented as part of a VH1 reality series last year, doctors told Remy she would not be able to have any more children.

According to Remy, she made significant changes to her diet following the miscarriage and lost a lot of weight prior to her successful pregnancy.

The rapper couple has yet to share a photo of their new bundle of joy on social media.