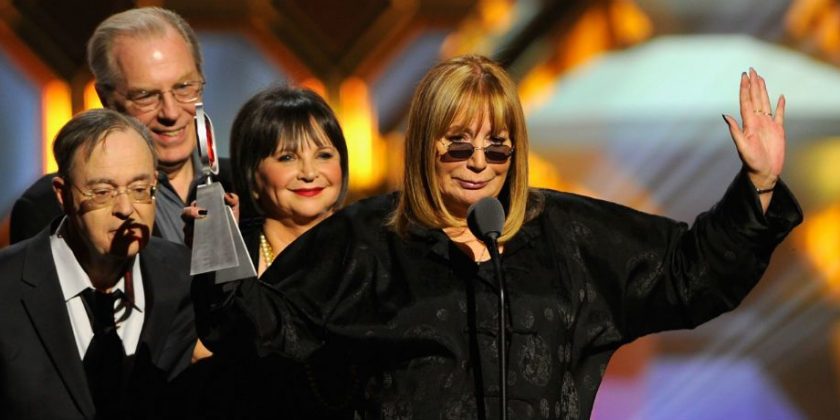 Marshall, who died Tuesday at the age of 75, is known largely for her acting work. However, she also directed seven feature films, including two big hits.

Penny Marshall passed away on Tuesday, December 18, at the age of 75. While she’s largely remembered for her acting work on 1970s sitcoms, Marshall went on to have a highly successful career as a movie director. Marshall directed Big — which was the first movie directed by a woman to ever gross over $100 million at the box office — and A League of Their Own.

Marshall — whose brother Garry Marshall was also a TV producer, movie director, and actor — directed four episodes of Laverne & Shirley during that show’s run. After some other TV directing work, Marshall’s first film as director was Jumping Jack Flash, the 1986 action comedy that starred Whoopi Goldberg. Marshall replaced a fired director during production, and the film was modestly successful.

Her next film, though, was 1988’s Big, which starred Tom Hanks as young boy who transforms into the body of an adult man. The movie, the most successful of the series of body-switching comedies from that era, was a huge hit — and remains a cable TV staple to this day.

Big cemented Marshall as an A-list director, and her next film was the 1990 drama Awakenings, which told the story of a doctor who was able to get a group of long-catatonic patients to wake up. Starring Robert De Niro and Robin Williams, the film was well-received. It garnered three Oscar nominations, including one for Best Picture.

Next came 1992’s A League of Their Own, which centered around an all-female baseball team in the 1940s. Starring Tom Hanks, Geena Davis, and Lori Petty — with a supporting cast that included Madonna, Rosie O’Donnell, and the director’s brother, Garry Marshall — A League of Their Own went on to become the biggest hit of Marshall’s career. The film remains, to this day, the highest-grossing baseball movie of all time. It was selected for the United States National Film Registry by the Library of Congress.

Marshall’s remaining films as a director weren’t quite as successful as that run. She directed 1994’s Renaissance Man, which starred Danny DeVito as a laid-off executive having to teach literary classes on an Army base. The film got negative reviews, and was considered a commercial flop. She also directed 1996’s The Preacher’s Wife, a remake of The Bishop’s Wife. The film starred Denzel Washington and Whitney Houston. The Preacher’s Wife was only a middling success upon its release, but has gained a following over time.

In her later years, Marshall also did some directing for television, including for the Jim Belushi sitcom According to Jim and the Diablo Cody Showtime series The United States of Tara.