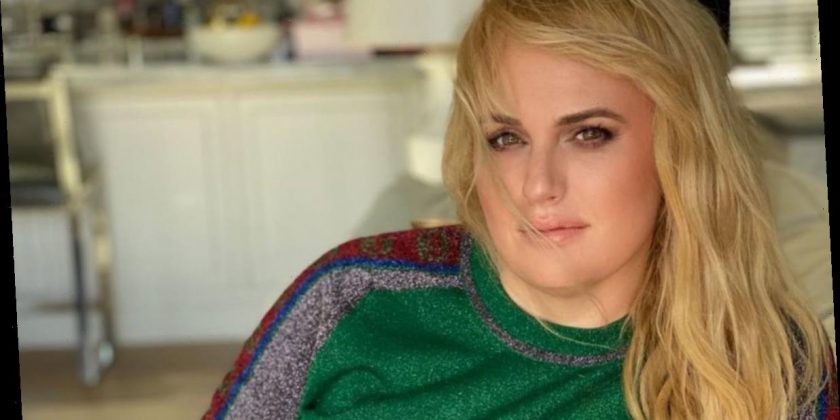 Rebel Wilson switched up her appearance on Thursday when she dyed her hair hot pink and teamed it with a figure-hugging little black dress.

The Australian actress posted a photo on Instagram and she looked phenomenal in lycra as she swished her ponytail which was half blonde, half pink.

Her waist had been cinched with a black belt to display her recent 61lb weight loss and she had a pink feather boa hanging from her waist as an accessory.

In the caption, Rebel credited Prada and her hair and makeup stylists too.

Rebel’s fans branded her an inspiration and said: “You look amazing,” and said she looked “fit and fab”.

The Pitch Perfect star has a very busy year ahead of her with her first non-comedic role in a movie, she’s kick-starting her career as a children’s book author and she also has a TV show she recently revealed would be airing in the US.

SEE: All the photos inside Rebel Wilson’s Hollywood Hills home

Rebel’s Pooch Perfect show will launch on ABC this March and she couldn’t be more excited to bring the dog-themed program to America.

It’s impressive that Rebel is also managing to make her health a priority. She worked incredibly hard in 2020 to make it her year of health and lost 61 lbs to look and feel better than ever.

Not that it’s been an easy road.

SEE: Rebel Wilson’s throwback childhood photo has to be seen to be believed

She revealed to People: “Before I was probably eating 3,000 calories most days, and because they were normally carbs, I would still be hungry.

“So, I’ve really changed to eating a high-protein diet, which is challenging because I didn’t used to eat a lot of meat.”

Rebel has curbed her sweet tooth and made junk food a thing of the past.

She’s also making sleep a priority and recently gave a glimpse into her nighttime routine – complete with a 9 pm bedtime.