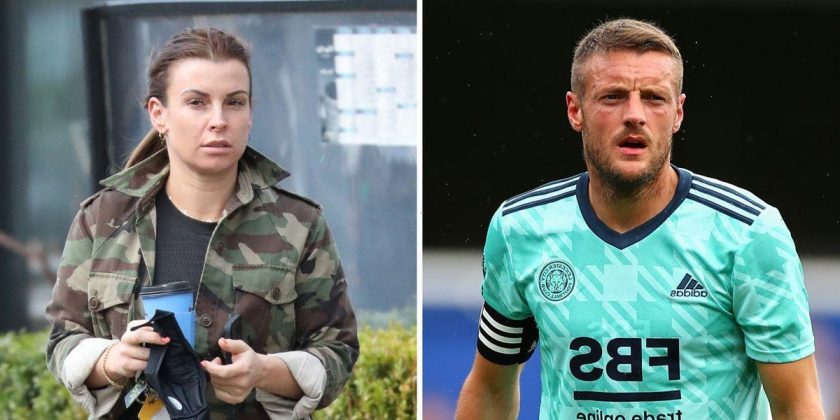 Rebekah Vardy's footballer husband Jamie will have to hand over his devices to be searched amid his wife's legal battle with Coleen Rooney, a High Court judge has reportedly ruled.

The "Wagatha Christie" saga between the warring WAGS first erupted when Wayne Rooney's wife, 35, accused Rebekah's Instagram account of "leaking false stories" about her to the press in a social media post in October 2019.

Rebekah, 39, has vehemently denied the claims and has taken Coleen to court in an attempt to sue her for libel.

And the ongoing court case continued on Wednesday with Coleen's team accusing Rebekah of "double standards" after she reportedly requested data from Coleen's devices but "limited the evidence she has made available herself".

Via the remote hearing, The Sun has reported that Coleen's lawyer John Samson demanded Rebekah give his team access to all her accounts and devices.

In a win for Coleen's team, the judge ruled in favour of Rebekah and her 34 year old husband Jamie's devices being searched for relevant evidence.

"In order for the experts to explore what has gone on by whom, when and where they need to have access to more than just the personal devices of Mrs Vardy and Mrs Rooney," he said.

"For the purposes of instructing the experts, I am satisfied their devices are up for grabs for inspection."

It was also heard in court how Rebekah's legal team spent a whopping £14,000 on "expert analysis of her Instagram data".

Coleen's lawyer Mr Samson told the judge that, as a result, it would be assumed that "relevant documents that are damaging to the claimant's case have been located".

"A secrecy filter is now being applied to documents," he added.

Sara Mansoori, representing Rebekah, has insisted that there are "no double standards" involved, and Rebekah's Instagram data underwent an expert analysis to "see what is relevant for the issues and what isn't".

The full trial for Coleen versus Rebekah is set to take place next year.