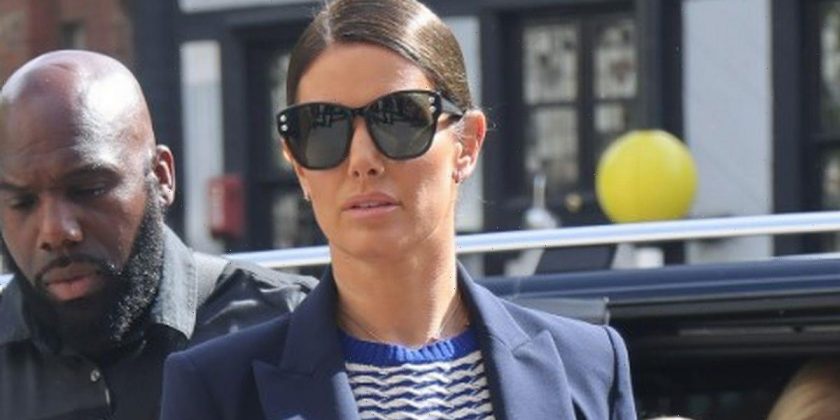 Returning to the stand for the third day, Rebekah Vardy's Wagatha Christie High Court battle with Coleen Rooney is raging on.

Fellow WAG Coleen accused Vardy of leaking fake stories about her in October 2019 after she uploaded fake stories to her private Instagram account to find out who was "betraying" her before infamously claiming on Twitter that it was Rebekah.

The 40 year old denies the allegations and is suing Rooney, the wife of England star Wayne, for libel.

And in explosive new details emerging from the courtroom on Thursday, Vardy has denied having "selective amnesia" as she was accused of setting up paparazzi shots of the England players' WAGS during the 2018 World Cup.

Harry Maguire's fiancé Fern Hawkins was among those who had posed for the snaps taken during the tournament in Russia, which left her "embarrassed and not prepared".

Harpreet Robertson, who was family liaison officer for the Football Association during the World Cup, said: "Fern later expressed her upset to me she had taken part.

"She said she was embarrassed, wasn't prepared and had not expected to be put in that position by Mrs Vardy."

However, on Thursday, Rebekah denied claims of the "staged pap shot", adding that photographers were already outside the hotel.

Rebekah said that her memory of what happened during that day had been affected because she had been "drinking quite a lot that day".

Her lawyers later accepted she had known there would be a photographer outside the hotel, and they had also accepted that Rebekah had told them what restaurant they would be dining at.

Rebekah's agent Caroline Watt allegedly messaged her to say she had arranged for a photographer for the night out.

The court heard how Rebekah exchanged text messages with her agent that showed that she was "perfectly happy for Caroline Watt to do the dirty as long as the dirty does not come back on her".

Rebekah reportedly replied over WhatsApp in one message: "We may have to walk to restaurant from hotel now… so might be a good pic of us walking down it's about 10 to 15 mins away."

In another message, Rebekah reportedly said: "F***, made everyone go outside for a pic and the pap was there… Looks like I tipped him off now."

"The reason you can't get your story straight is because you are lying," Sherborne told Vardy back in the courtroom on Thursday.

Sherborne also accused Rebekah of "selective amnesia" when her lawyers claimed she did not have the number of the reporter who was a "conduit" of many of the positive stories written about her.

"It is selective amnesia, isn't it?" he asked her.

Sherborne said the same journalist later wrote Vardy was the "unofficial leader of the WAGs".

David queried: "Was that you saying that or him?"

Vardy replied: "That is his, and that's quite an embarrassing statement."

Vardy continues to deny allegations brought against her. The trial continues.