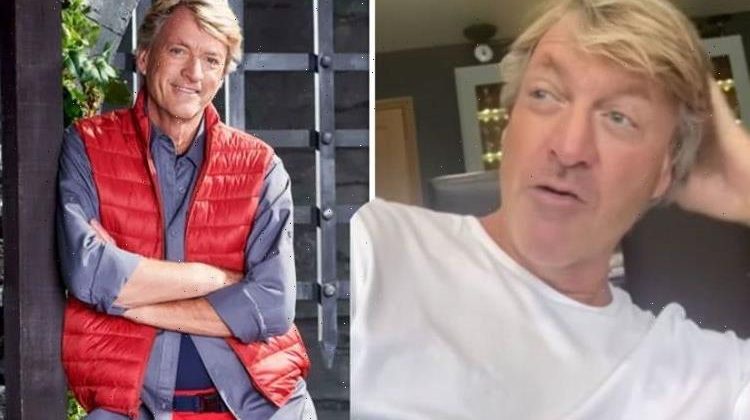 I’m A Celeb: Richard Madeley on being in quarantine

I’m A Celebrity… Get Me Out Of Here! 2021 contestant Richard Madeley, 65, has recalled an “annoying experience” he had to deal with while continuing his TV work during the coronavirus pandemic last year. The star was less than impressed when he and his wife Judy Finnigan, 73, were forced to quarantine for two weeks after enjoying a holiday to France in the summer.

However, the frustrating Covid-related occurrences didn’t stop there for Richard, as he came into contact with the virus due to a lab mishap while filming an appearance on ITV’s Ant & Dec’s Saturday Night Takeaway.

Speaking in an exclusive interview with Express.co.uk, Richard fumed: “I have a couple of sort of annoying experiences.

“We were in France in the late summer, we came back and obviously we had to quarantine for two weeks, which was tedious.

“But clearly had to be done, even though we tested ourselves several times.

“So we stayed inside for two weeks and then not long after that, I went to ITV Studios in the late autumn to do a programme for Ant and Dec on Saturday Night Takeaway.”

The Good Morning Britain presenter continued: “And within an hour of arriving at the studios, the production team got a phone call from a laboratory which had tested everybody; me, the crew, and everybody involved.

“Everybody had to be negative to work on this programme, and they’d given somebody a false negative, they were in fact positive for Covid.

“They made a mistake, and it was the make-up artist, and she’d literally just finished making me up.

“So I had to go home and I got a phone call about two hours later from ITV saying, ‘sorry, but we’ve been in touch with track and trace and you’re going to have to isolate for two weeks’.

Despite Richard’s annoyance over the situation, he realised it “had to be done”.

The star added: “So I spent a month in house arrest for about eight weeks, which was a real pain in the butt.

“So those are the two most frustrating things.”

Unfortunately for Richard, he and the rest of his fellow I’m A Celebrity campmates will need to spend the next fortnight in quarantine before making their way into Gwrych Castle, due to ITV’s Covid rules.

The show is taking place in Wales once again this year, as the pandemic has prevented the celebrity contestants from travelling to Australia.

Richard filmed an Instagram video before ITV bosses took the contestants’ phone from them ahead of entering the castle.

He told his 1,249 followers: “So by the time you see this video they’ll have taken away all our comms.

“They’ll have taken away our laptops, our phones, disconnected the television, taken away radios, all the rest of it, no newspapers.

“We’ll be completely disconnected from the outside world as you’re seeing this and that means that you will now know who is coming into the castle, who I’ll be joining.”

Richard continued: “And you’ll then probably be able to guess who possibly I might get on best with, who I’ll really bond with, and who I might have some issues with.

“I’d love to know what you think and I’ll look at your messages when I come out.

I’m A Celebrity… Get Me Out Of Here! airs tonight at 9pm on ITV.