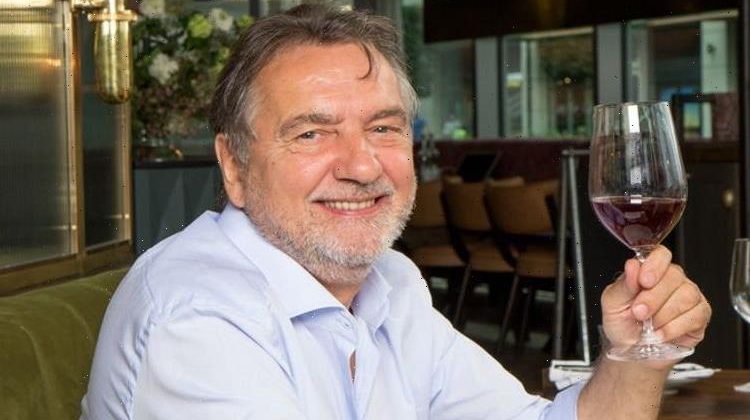 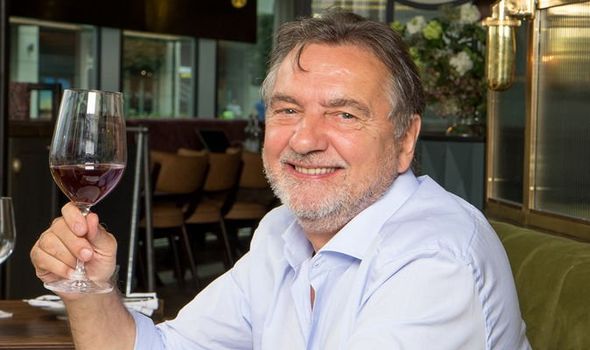 The French-born celebrity chef was admitted to the John Radcliffe Hospital in Oxford with a high temperature but his condition deteriorated rapidly.

In the end, he spent a month in hospital – more than half of it on a high-dependency unit – struggling to breathe. But he begged doctors not to admit him to intensive care, where he would be put on a ventilator, for fear of never waking up.

“I had the virus very badly – it was really very dicey,” he recalls, his eyes glistening at the memory of his brush with death. “The hospital became my second home. I was in there for a whole month and they were brilliant. It was a real lesson in humility.

“I work in the world of excellence and when I saw those doctors and nurses working six days a week, changing shifts at the last moment, not seeing their children or parents, I was so impressed.

“This medical community has done so much more than anyone else in the pandemic and all selflessly.”

Thankfully Blanc, 71, made a full recovery. He repaid a little of the debt he feels he owes the people who saved his life by hosting a slap-up meal for 50 or so medical staff at his renowned Oxfordshire restaurant and hotel, Le Manoir aux Quat’Saisons, where dinner can cost £250 a head.

“It was such a beautiful event,” he continues. “For me it was just a simple, humble way of saying, ‘Thank you guys.'” His Russian-born partner Natalia Traxel, 49, escaped Covid, but had to watch as he struggled against the killer disease.

“She lived through it and it was a tough time for everyone,” he says.

The experience has not, however, persuaded him to tie the knot with his partner of nearly 20 years. They were engaged, but Natalia reportedly briefly ended the relationship in 2013 over his refusal to marry her.

Asked whether his brush with death would finally seal the deal, Blanc says with a smile: “No, no, no. We will never get married. We are very happy as it is.”

He believes he was prey to the illness because he had been overdoing things.

“I was doing too much and when you are overworked your immune system goes down and you become a target for illness,” he explains.

“When you go through this pretty nasty time you can lose your life, but you also learn a lot of lessons. I learned how to meditate on the hospital bed.

“I have tried to meditate for 40 years but have always failed miserably because I would think of a new dish or a new garden, a new bedroom.

“On this hospital bed I was completely by myself and I learned how to do it, such a wonderful thing.

“But the fact is when you get better you so easily forget the hardship and that health is everything. I am trying not to do that but we are all human beings and we make mistakes.”

Today, Blanc, who has cut his workload dramatically since his brush with death, is advocating the benefits of fresh British fruit – especially apples and pears.

Strolling through a Suffolk orchard, he cannot help reaching over and plucking a juicy apple from the drooping branch of an ancient and overburdened tree.

Biting a chunk out of the succulent fruit, he smiles: “The cox pippin is the queen of all apples for me because of its aromatic layers, its low sugars and big flavours.Wonderful.”

As he walks and eats, he draws in great lungfuls of air. It is clear he is relishing the feeling of stretching his muscles deep in the English countryside. “What makes this day even more special is that I can be among people,” he adds quickly. “I love people; talking, listening and laughing, and I’ve missed that so much.”

He was celebrating the launch on Tuesday of the British apple and pear season at Boxford Farm in Suffolk. It was his first major outing since Covid.

As a country we munch through a staggering 1.4 billion home-produced apples and pears a year – yet so much fruit is imported that is just 45 percent of the market.

Blanc is backing British Apples and Pears Limited, an organisation representing producers that hopes to see the homegrown figure rise to 70 percent of the total.

“It makes so much sense to eat locallyproduced food,” says Raymond, who has 12 gardens at Le Manoir, including an orchard, to provide fresh fruit and vegetables for his diners. “Eating fresh food certainly does help your health.You are what you eat.

“We still have £6billion of misery and ill health in England through bad eating and that should change.

“Food is at the very heart of this argument and I think the more local you can be, the better it is, for the freshness, for the environment, for everything. It is a perfect virtual circle.”

Surrounded by good food and countryside, Blanc was in the mood to reminisce about the struggles he faced as a young man trying to become a chef while living at the family home near Besancon in eastern France, between Burgundy and the Jura mountains.

His mother, Maman Blanc, who died after a fall in June, aged 97, was a huge influence on his life. She relied heavily on homegrown vegetables to feed her family of five youngsters. Through her, Blanc learned about the importance of soil, the seasons and different varieties.

“I didn’t know I wanted to be a chef until I was 19,” he recalls. “I knew I had a talent because of everything my mother had taught me, but when I saw a restaurant I completely fell in love with food. The restaurant was in my home town and looked so beautiful. It was called Le Palais de la Biere.

“It was candle-lit with lovers holding hands. The young waiters wore purple Bordeaux jackets with blue ‘The smashed epaulettes. Watching the carving, the flambéing, it was like watching a ballet.

“I said to myself, ‘I want to be the one who creates such extraordinary food.’ The next day I went to the boss and asked to be one of the chefs. He said, ‘Yes, I’ll give you a job – as a cleaner.’

“I was a cleaner for six months and then the best washer-upper. I even bought my own linen to shine the glasses, which were hand blown and very delicate.

“At the same time I tasted all the wines, so I became an expert. I knew my beaujolais from my cabernet sauvignon. Then everything went wrong. I became a waiter, working close to the kitchen. Sometimes I asked to speak to the chef to say I thought the sauce was a bit heavy and needed lightening with a bit of lime juice or something.

“One day he took a big copper pan and smashed it in my face. I had a broken jaw and two broken teeth. I was in the hospital for two weeks.

“The boss came to see me in hospital and said the chef was a god who keeps the roof over his head.

“He said, ‘He is a figurehead and you tell him he cannot cook.’

“Obviously I couldn’t say anything because my jaw was wired up. The boss told me I would be a winner whatever happened because I had talent and he said he would find me a place to work in England.”

So as a young man barely speaking a word of English, he became a waiter at an Oxfordshire pub and restaurant called The Rose Revived, where he met and married Jenny, the daughter of the owner. They had two sons, Olivier and Sebastien, but divorced in 1985.

“I am completely self taught,” adds the Michelin-starred chef. “I have never been under a chef. In the early times I remembered the recipes my mother used because I thought other people would like them.

“Maman Blanc made the best apple tart in the world, a classic recipe. There’s about 9,000 varieties of apples but only a few will provide the best tarte tatin. My favourite for this is the Captain Kidd from the cox orange pippin family. It’s a heavenly apple, juicy, perfect texture and aromatic.”

He candidly admits the British apple crumble gives tarte tatin a run for its money. Recently he cooked for 50 of the top French chefs and for pudding surprised them with apple crumble.

“The French are so unaware of the most wonderful British desserts,” he says. “The crumble was totally unknown to them but when they tasted they were amazed with the textures. Imagine 50 French chefs standing up singing La Marseillaise and saying, ‘Vive le Croombell’, as they called it.”

With that, Blanc roars with laughter before heading back to Le Manoir.