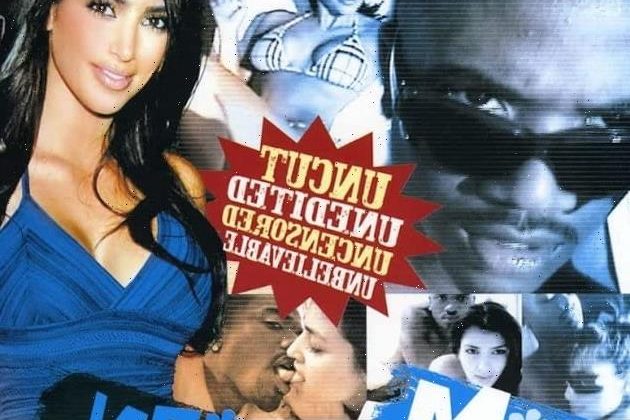 Ray J is sick and tired of his ex-girlfriend’s BS.

And he’s here to at last call her out on that.

A few weeks ago, speculation started to spread online that Kim Kardashian was freaking out over the possibility that Ray J was set to release even more footage from their 2007 sex tape.

The reality star and the hip hop artist unveiled their amateur adult film just prior to the premiere of Keeping Up with the Kardashians, with Kim claiming over the years that she had nothing to do with this leak.

No one with any knowledge of the situation believed her, however.

Fast forward ALL this time… to another premiere of another family reality show (Hulu’s The Kardashians)… and Kim just happened to bring the sex tape back up again.

What a coincidence, huh?!?

On Wednesday night’s episode of the program, Kardashian even broke down in tears after meeting with estranged husband Kanye West, who said he met Ray J at the airport and bought the hard drive with every second of explicit footage on it off of him.

“He got me all of the sex tape back!” Kim declared on air.

Added Kris Jenner of the supposed way West swooped in to save his spouse from any further embarrassment:

“Thank you for Kanye and for his unbelievable way he does things and the ability to get something done and probably a big, fat, huge check.”

Here’s the thing, though:

We never saw Kanye meet up with Ray J.

We never heard from anyone outside of the Kardashian family that any new X-rated scenes were on the way.

Is it possible they just conjured up this whole thing as a storyline for their brand new show?

Earlier this week, Hollywood Unlocked shared a clip from The Kardashians on its website, the clip from which we took the above dialogue between Kim, Kanye and Kris.

Ray J himself then jumped into the comments section, objecting at the time to the whole premise on which the scene was based.

However, by stating that we “can’t let them do this anymore,” he appears to be implying that he plans to follow up, doesn’t he?

Could Ray J somehow possess proof that he never gave any hard drive to Kanye? We may soon find out.

Do we really need proof, though?

Does anyone out there — and we mean, ANYone — think Kim and company are being sincere in all of this?

Does a single reader think there was any threat of a second sex tape coming to light?

We’d appreciate it if these stars stopped insulting our intelligence.