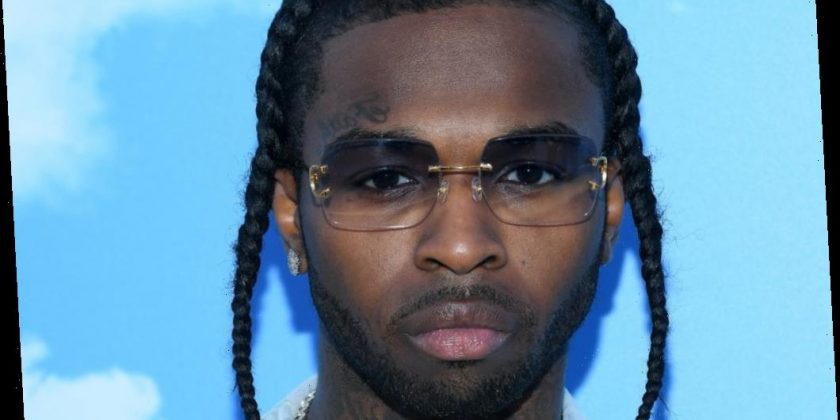 2020 was a year marked by loss, particularly in the rap community. Over the course of the year, a number of rap artists lost their lives — some dying of tragic overdoses and killings and others even losing battles with the coronavirus (COVID-19). Below, find some of the rappers who died in 2020 and what their careers were like before their deaths.

Hailing from St. Paul, Minnesota, Lexii Alijai was a rapper perhaps best known for her appearance on Kehlani’s 2015 song “Jealous.” She was still building her career when she was found dead in January of an accidental drug overdose. She was 21.

After finding fame with 2019’s “Welcome to the Party,” Pop Smoke, 20, was gaining recognition as one of drill’s fastest-rising rappers when he was fatally shot in a February home invasion.

Police arrested five suspects in July for their alleged involvement in the crime, which apparently occurred after the New York native mistakenly shared the address of the Los Angeles home in which he was staying on social media (via The Associated Press).

Mac P was a 24-year-old rapper known for his ties to the music group Shoreline Mafia. He died in April after being approached and shot by an unknown suspect on a street in his native Los Angeles.

A multitalented entertainer, Chynna was known for modeling, deejaying, and rapping. She gained attention in the music industry through her relationship with A$AP Mob and went on to release popular songs such as 2013’s “Selfie” and 2014’s “Glen Coco.”

Sadly, her career would end just a few years later, in April, when she died of an accidental overdose. The Philadelphia Inquirer reports that Chyna, 25, was found at her home in her native Philadelphia.

Fred the Godson, 35, was a Bronx-based rapper whose talents earned him a coveted spot on XXL’s Freshman Class list in 2011, along with acts such as Kendrick Lamar and Mac Miller. His life was cut short in April, when he succumbed to complications of coronavirus, per NPR.

Like Fred the Godson, Ty also died of the coronavirus, according to The Guardian. Before his death in May, the British rapper, 47, had garnered recognition for projects such as 2003’s Upwards, which reportedly earned him a Mercury Award nomination.

CEO Bezzal was a 21-year-old up-and-coming rapper from Memphis. He had been making noise for the 2020 songs “Rockstar” and “Back End” when he was shot dead in June in Washington D.C. His murder still appears to be unsolved.

Known for his relationship with fellow Atlanta rapper Lil Baby and songs such as the Future-assisted “1st and 3rd,” Lil Marlo was shot and killed in a highway shooting in July. So far, no suspects have been named in the 30-year-old’s murder.

Tray Savage, a Chicago rapper signed to Chief Keef’s Glo Gang label, was fatally shot in June by an unknown assailant(s) while driving through a local neighborhood, according to Ace Showbiz. He was 26.

Huey, a St. Louis, Missouri native known for the 2007 hit “Pop, Lock & Drop It,” was killed in June in a double shooting. CBS News reports that he had been on a neighborhood block when someone fired shots, fatally wounding the 32-year-old and injuring a 21-year-old.

Sacramento rapper Bris was murdered in June in his hometown. About three months later, The Sacramento Bee reported that a suspect had been arrested in the murder of the 24-year-old, who has a song on YouTube called “Panhandling” with over five million views.

A popular Chicago rapper, FBG Duck died in August after being shot after a shopping spree in his city. He was 26.

Like Lil Marlo, Mo3 was also killed in a highway ambush. TMZ reported in November that the 28-year-old Texas rapper had been trying to evade someone chasing him, but he crashed and was gunned down as he tried to make a run for it. In December, a suspect was arrested in connection to the death of Mo3, who was known for his song “Broken Love,” among others.

King Von was widely known for his friendship with fellow Chicago rapper Lil Durk, but he was a star in his own right.

Songs such as “Crazy Story” and “Took Her to the O” helped him earn fame and respect as a rapper, but he was unfortunately shot and killed in November after getting into a scuffle outside an Atlanta venue with members of rapper Quando Rondo’s posse. He was 26.

Ecstasy, a member of the legendary hip-hop group Whodini, died in December of unknown causes at the age of 56.

All of them leave behind families, fans, and music that will always be adored by their supporters.