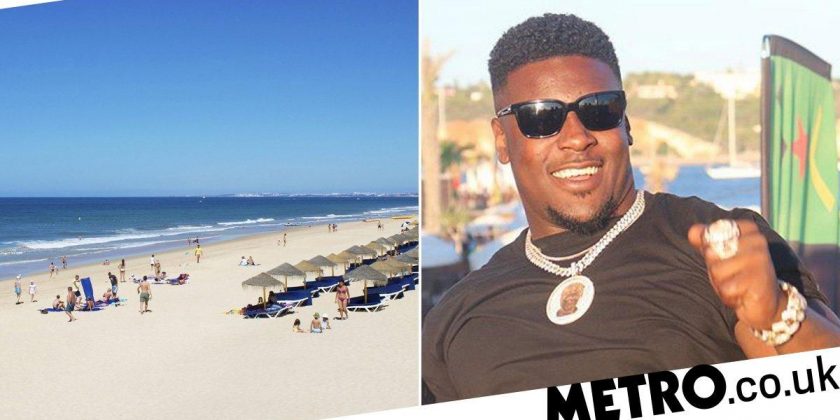 Rapper Mist has been shot during a suspected robbery in Portugal.

The Birmingham star was rushed to hospital after being shot in the leg during a burglary in a luxury villa in the Algarve.

The burglars allegedly took Mist’s passport, phones and jewellery in the apparent break-in at the Quinta do Lago resort.

Mist, real name Rhys Thomas Sylvester, was driven to Faro Hospital by two friends, who told police that the 27-year-old was shot in the leg at around 10pm local time on Tuesday night.

They told police that two or three men with an Irish accent committed the alleged break-in at the rented villa.

Fans, friends and colleagues of the MOBO-winning rapper have shared their support on social media, with Yungen tweeting: ‘Prayers for Mist. I hope he’s good.’

No further update on Mist’s condition has been released, but sources have said that Sylvester left hospital today – although it is unclear whether he left himself or was discharged.

The So High rapper spent the last month in Portugal after arriving to perform at the Afrobeat Nation festival at the start of August.

He had been sharing pictures with pals on the beach, with his last Instagram post being a video of him smoking and dancing in a house.

However, videos shared on his Instagram story saw Mist in the Algarve in an Uber after his car broke down.

Mist later filmed himself at his private pool, before recording a number of pals sleeping on the sofa.

Sylvester began a career in music in 2015 after a stint in prison for dangerous driving, and his 2018 album Diamond In The Dirt hit number five in the UK Albums Chart.

On this record, he worked with Jessie Ware, MoStack, Nines and Not3s, while he released his Fredo collaboration So High this year.

Mist is also known for the tracks Sickmade, Game Changer and Karlas Back.