Joining the ‘Cobra Kai’ actor in paying tribute to the late ‘Network’ star are the likes of James Woods, Jon Cryer, Lance Henriksen and ‘The Wire’ actor Delaney Williams.

The “Deliverance” and “Superman” star passed away from natural causes on Sunday, June 13, surrounded by his family, according to his manager, Deborah Miller. While circumstances surrounding his death was not made available immediately, his family has ruled out possible relation to COVID-19.

“Ned was an iconic, legendary talent, as well as a dear friend,” Miller told Deadline. “He will be missed by us all.”

Following news of his death, “Cobra Kai” star Ralph was among those paying tribute, writing on Twitter, “Ned Beatty. Superb character actor – my fave being his brilliantness in NETWORK (one of the greatest screenplays and films of all time). So ahead of its time. And same for Mr. Beatty. RIP.” 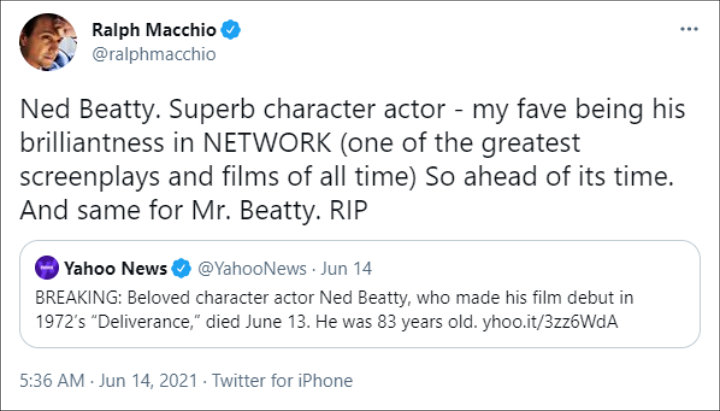 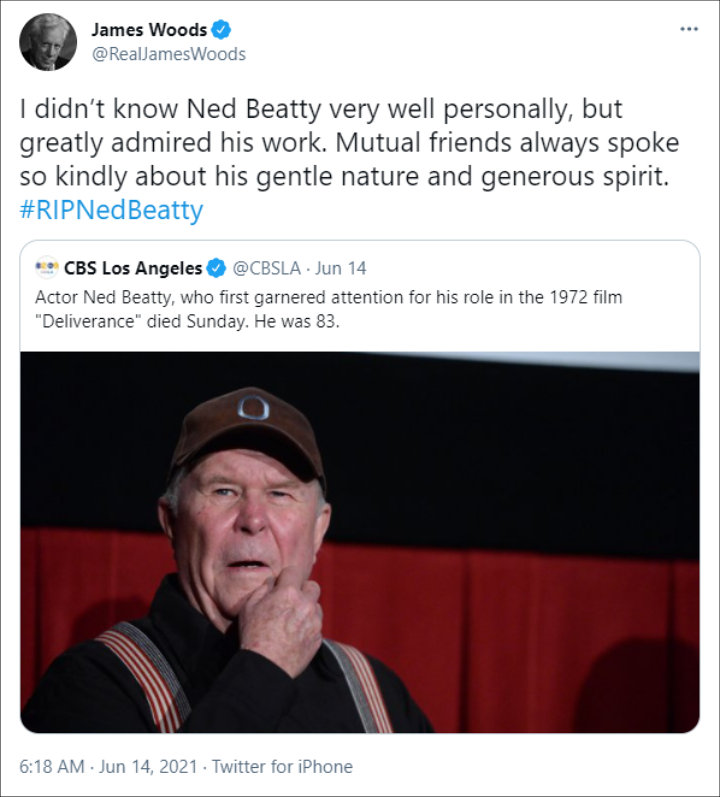 Jon Cryer, Lance Henriksen and “The Wire” actor Delaney Williams were among the other screen stars paying tribute to Beatty, who picked up his one and only Oscar nomination for his role as Arthur Jensen in 1976 movie “Network”.

Beatty also landed Emmy nominations for “Friendly Fire” and “Last Train Home”, and a Golden Globe nod for “Hear My Song”, while his other credits include “Toy Story 3“, “All The President’s Men”, “The Waltons”, “M*A*S*H”, “The Rockford Files“, “Nashville“, “Rango“, “The Big Easy” and “Roseanne“.