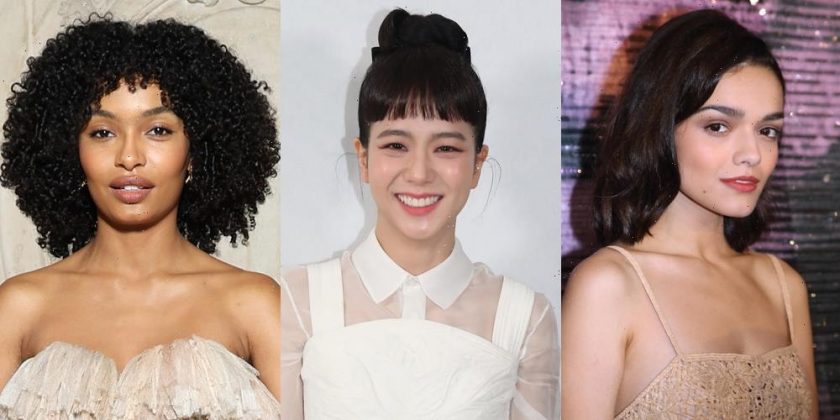 The 21-year-old Shazam! Fury of the Gods actress joined stars like Jisoo, Yara Shahidi and Maisie Williams at the Paris Fashion Week show.

The day before, Rachel took a trip to Disneyland Paris, naturally.

“seeing little kids dressed as snow white make me sob my eyes out i am so sorry,” she tweeted.

She later shared a photo of her holding up a Snow White dress in one of the shops, writing, “everywhere i go, she goes”

Rachel will of course be playing Snow White in the upcoming live action Disney movie, which is set to be released in 2024. Yara will also be starring in an upcoming Disney movie – Peter Pan & Wendy, (debuting on Disney+ this year) where she will play Tinker Bell!

This year, however, Rachel has at least two movies – Shazam! Fury of the Gods and The Hunger Games: The Ballad of Songbirds and Snakes, which she actually turned down initially.

Browse through the gallery for more photos of Rachel, Jisoo, Yara and Maisie at the Christian Dior show…