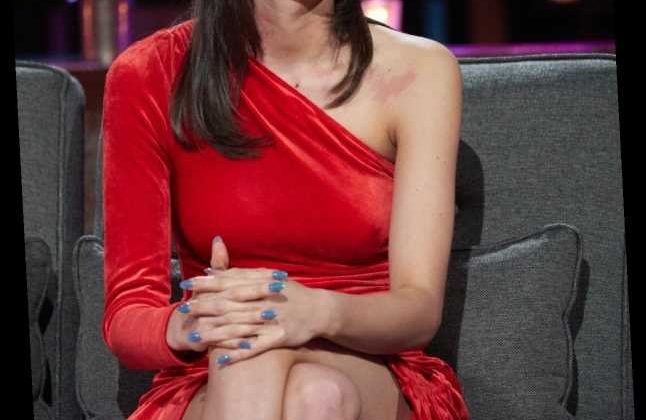 Although Matt James and Rachael Kirkconnell were happily in love during the finale of The Bachelor, the pair was in a much different place during the "After the Final Rose" special on March 15. James told host Emmanuel Acho they’d broken up as a result of Kirkconnell’s past racially insensitive behavior, which came to light on social media after filming for their season had wrapped. The exes discussed their split with Acho, and less than two hours later, Kirkconnell posted an Instagram about her breakup with James.

Alongside a carousel of photos of herself with James and the other contestants, she apologized for "overshadowing" the other contestants with her controversy, promised to "stand by and support" them, and asked her followers to unlearn their own biases and educate themselves. She also addressed her feelings for James.

"I knew from the first night I met Matt that he was something special, and I was praying to share something exceptional between the two of us if that’s what was meant to be," she wrote. "While I never expected this outcome, I respect his decision completely."

The graphic designer expressed bittersweet regret, writing, "Of course I wish circumstances were different, but I still feel blessed for the time we did have together and the memories we made," she wrote. "I got to fall in love, and I truly believe he was the love of my life."

She even hinted at her desire to reconcile. "He will always hold a piece of my heart. I’ll always be hopeful and believe what’s meant to be will be," she wrote.

However, during "ATFR," Acho point-blank asked James if getting back together was an option, and he did not sound interested. He explained to Kirkconnell, "The feelings that I have for you don’t go away overnight. Seeing you like this hurts, but then I ask myself, like, I don’t want to be emotionally responsible for those tears. The work and the reconciliation that needs to be done is work that I can’t do for you, and I know you’re capable of doing it." He even told Acho, "That [work is] something that she’s gotta do on her own."

James emphasized that Kirkconnell’s ignorance about his experience as a Black man was the ultimate dealbreaker for him. He said, "The most disappointing thing for me was having to explain to you why what I saw was problematic and why I was so upset … When I questioned our relationship, it was in the context of you not fully understanding my Blackness, and what it means to be a Black man in America, and what it would mean for our kids. When I saw those things that were floating around the internet, it broke my heart because this was the last conversation I thought we’d be having. I didn’t sign up to have this conversation. And I knew that I had to take a step back for you to put in that work that you outlined that you needed to do… And that’s why we can’t be in a relationship."

Kirkconnell responded with an acknowledgment of his race. "You were the only reason that I decided to do the show. And that includes every single part of you, and that obviously includes you being a Black man," she said, adding, "I’ve never experienced a love like this, so I don’t see anyone else out there for me. At this point, I just don’t see how I can have these same feelings for someone else." 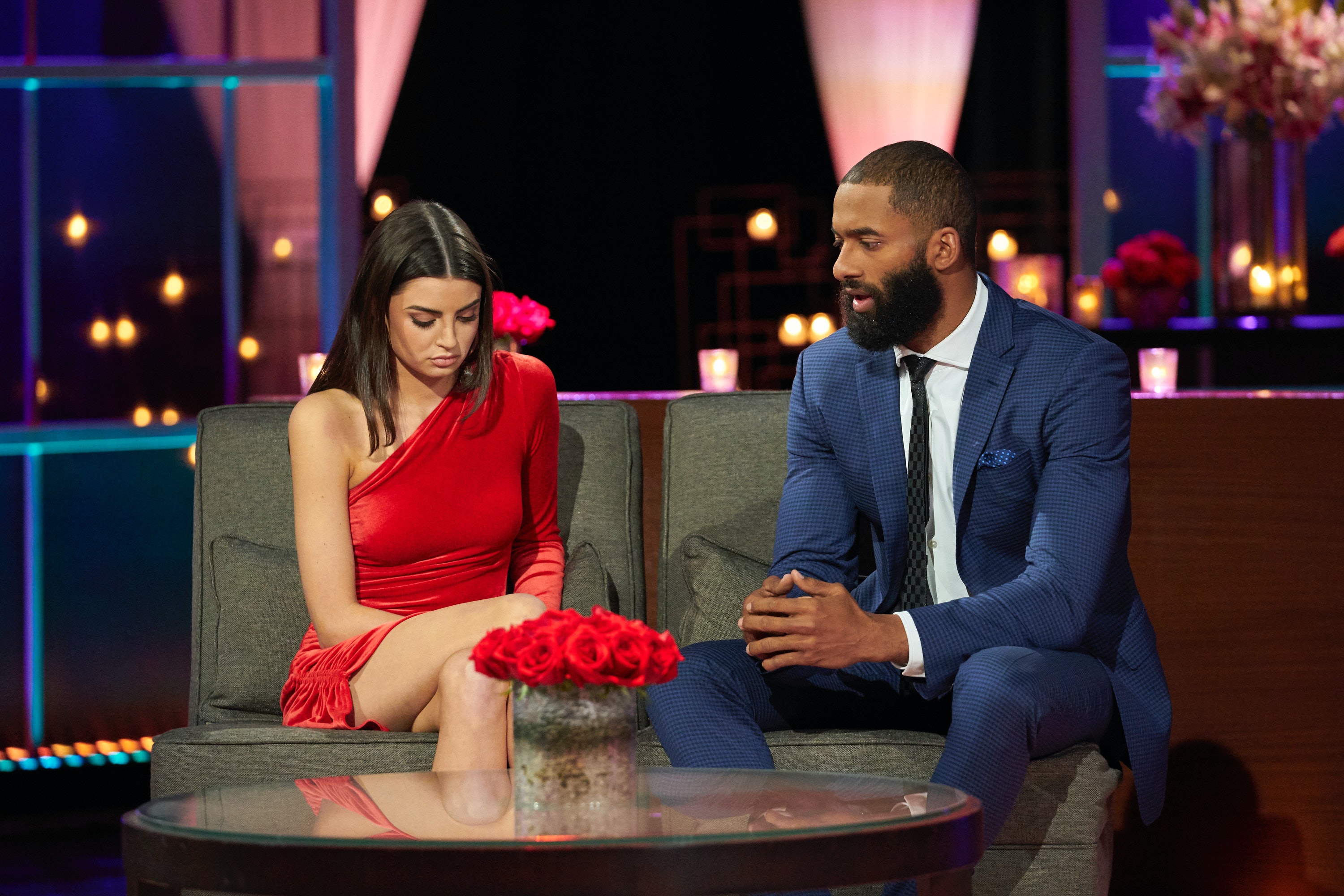 In January, TikTok user @maddyybierster, who claims she went to high school with Kirkconnell, accused the reality star of bullying her in high school for liking Black guys. After the TikTok went viral, @maddyybierster posted a second video featuring messages she reportedly received from other people who claimed to have been bullied by Kirkconnell. Another TikTok user, @feministmama, posted screenshots of Kirkconnell’s social media activity, which allegedly include photos featuring cultural appropriation, liking a photo that contains the Confederate flag, sharing dangerous QAnon theories, and more.

In February, photos of Kirkconnell at an antebellum platantion-themed fraternity formal emerged on Twitter. The party celebrated Southern life before the Civil War, when up to nearly four million Black people were enslaved; it was hosted in 2018 by Kappa Alpha Order at Georgia College & State University, two years after the fraternity’s board of directors canceled it on a national scale.

That same month, Kirkconnell apologized for her past actions. "I am learning and will continue to learn how to be antiracist, because it’s important to speak up in the moment and not after you’re called out," she wrote in a statement on Instagram. "I don’t think one apology means that I deserve your forgiveness, but rather I hope I can earn your forgiveness through my future actions."

Whether she continues to educate herself is yet to be seen.