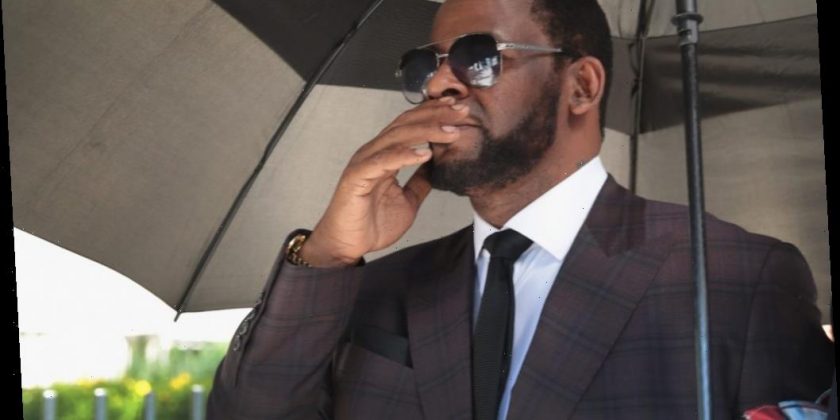 Lifetime’s docuseries Surviving R. Kelly had dire consequences for the R&B crooner. Shortly after the series aired, R. Kelly was arrested on several sex crimes, including sex trafficking and sexual abuse of minors. Dozens of Kelly’s alleged victims and handlers shared their harrowing experiences. But two people who believe Kelly is innocent are sisters Lindsey Perryman-Dunn and Jen Emrich.

The women have long-standing personal and professional relationships with Kelly. They allege he’s being hung on a cross by disgruntled exes, money-hungry parents, and angry former employees.

Perryman-Dunn and Emrich made an appearance on Surviving R. Kelly: The Reckoning as advocates for Kelly’s innocence. Throughout the documentary, they allege they never witnessed anything inappropriate between Kelly and underage girls during their tenure working for Kelly.

In fact, they claim Kelly was the perfect gentlemen. Any relationship between Kelly with other women, regardless of their ages, they claim was consensual.

As for why they decided to participate in the second documentary, they believe Kelly is being unfairly crucified in the media. They claim all allegations against Kelly are unfounded.

Perryman-Dunn worked for the now-disgraced singer from 1999 to 2007. She started out as his studio manager before moving up to become his personal assistant. Later, she became his general manager.

Her sister, Emrich, worked for Kelly from 1999 to 2001. She started off as an intern before becoming the singer’s personal assistant.

In the documentary, the sisters admit that they began doing pro-bono work for Kelly in 2016, acting as his crisis manager in an attempt to revive his tarnished image. Their work included exposing dozens of alleged victims of Kelly’s by posting their sexual history, nude photos, and criminal history to a website to discredit their accounts of abuse by Kelly.

In a new exclusive interview with YouTube’s Tasha K, the sister doubles down on their belief that Kelly is innocent. Viewers of the Lifetime documentary remember Perryman-Dunn admitting to testifying against Kelly in his 2008 child pornography trial.

During the trial, Perryman-Dunn says she identified the young woman on the tape in question as the 14-year-old daughter of Kelly’s guitar player.

She now retracts her statement and says she was coerced into testifying. Perryman-Dunn tells Tasha K the girl on the video looks similar to another ex-girlfriend of Kelly’s.

Perryman-Dunn also makes allegations that the actual 14-year-old daughter of Kelly’s guitar player was hired as a babysitter by Kelly’s wife, Andrea.

According to Perryman-Dunn, the only time she saw the 14-year-old without her father’s supervision was during her babysitting shifts for Kelly’s children. She insists Andrea was always with the teen.

She also says the tape was intentionally sent to the Chicago media out of vengeance. Both sisters say Kelly’s former artist Sparkle, who is the 14-year-old’s aunt, became disgruntled after being dropped from Kelly’s label. They allege Sparkle demanded a $250k settlement from Sparkle. If the money was not paid, Sparkle threatened to leak the tape.

The sisters corroborate Kelly’s alleged victims’ accounts of Kelly being controlling. But, they say Kelly was only in control of his business.

As far as whether Kelly was controlling in his romantic relationships, they admit Kelly had a rule that his male friends were not allowed to speak with his girlfriends. They say Kelly did so because he has an overprotective spirit.