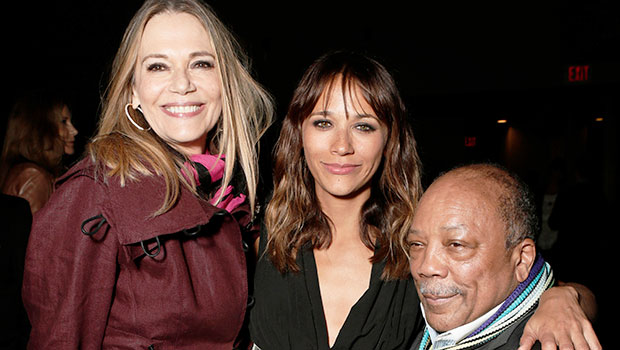 Quincy Jones came forward with an emotional message about the passing of his ex-wife Peggy Lipton in a tribute on Twitter.

Quincy Jones, 86, mourned the tragic loss of his ex-wife Peggy Lipton, 72, who passed away last week after she had previously survived colon cancer. Quincy took to Twitter on May 14 to express his grief for his former partner. “There is absolutely no combination of words that can express the sadness I feel after losing my beloved Peggy Lipton,” Quincy began his post. “My wife of 14 years. We shared many, many beautiful memories, & most important, we share two incredible daughters… Pie (Kidada, 45) and Doonkie (Rashida, 43).”

“Regardless of the paths that our lives took us on, I I can say with the utmost certainty, that love is eternal,” Quincy continued. “Thank you all for the love & support you’ve shown me & my family.” He added a message from his two daughters, after their initial message last week following their mom’s passing. “Thank you for all the love and support over the past couple of days. Some have asked what can be done in Peggy’s honor. In lieu of flowers or gifts, you can make a donation to Seasons Hospice, the wonderful team who took such great care of our mom. Your donation will be in support [of] all of their services including Camp Kangaroo, a bereavement camp for young children, and their Foundation, which helps grieving families in need by helping to pay for groceries, funeral arrangements, [and] bills.”

Quincy and Peggy were married from 1974 to 1990. Peggy became known from her acting role in The Mod Squad from 1968 to 1973. The blonde actress also was in Twin Peaks as Norma Jennings. She’s survived by her ex-husband Quincy, and daughters Kidada and Rashida. Our thoughts are with Peggy’s family as they mourn the loss of their loved one.