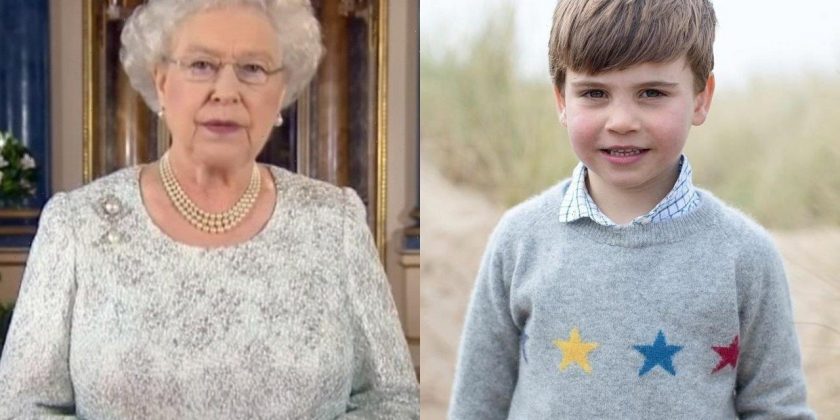 The youngest child of Prince William and Kate Middleton reportedly has been asking a lot of questions as he struggles to understand the passing of his great-grandmother.

AceShowbiz –Prince Louis finds it difficult to understand the passing of his great-grandmother, Queen Elizabeth. Allegedly confused by the monarch’s death, the four-year-old royal – who is the youngest child of the Prince and Princess of Wales – is said to be asking his parents lots of questions about what life will be like without the 96-year-old sovereign.

Attending an event with other world leaders at Buckingham Palace hosted by senior royals over the weekend, 27th governor-general of Australia David Hurley shared how Catherine, Duchess of Cornwall and Cambridge told him her little boy is “sort of now realising how important his great-grandmother was and what is going on.”

He added, “The younger one is now asking questions like, ‘Do you think we can still play these games when we go to Balmoral’ and things like that, because she’s not going to be there?”

The late monarch passed away on September 8 following a 70-year reign. According to The Guardian, the coffin will be followed directly by King Charles – who acceded to the throne the moment his mother passed – and his wife Queen Consort Camilla, with the young royals to walk behind their grandparents.

Louis’ older siblings Prince George and Princess Charlotte are set to attend Queen Elizabeth’s funeral at Westminster Abbey today (19.09.22). George, nine, and his seven-year-old sister will reportedly walk behind the coffin. However, four-year-old Prince Louis is not expected to attend the funeral at all.

The young prince and princess will reportedly be followed by Anne, Princess Royal – who is the daughter of Her Late Majesty and her late husband Prince Philip – and her husband Vice Admiral Sir Tim Laurence, then the Duke of York, followed by the Earl and Countess of Wessex, and the Prince and Princess of Wales.

Before the service – which is due to start at 11am and last for one hour – the tenor bell will be tolled every minute for 96 minutes and Dean of Westminster, the Very Reverend Dr David Hoyle, will then say in The Bidding, “Here, where Queen Elizabeth was married and crowned, we gather from across the nation, from the Commonwealth, and from the nations of the world, to mourn our loss, to remember her long life of selfless service.”