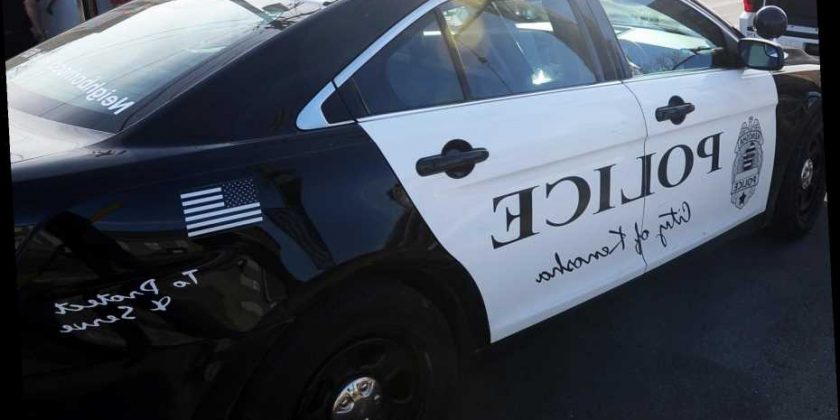 According to a police department release, the cops were called Sunday evening for what they deemed a domestic dispute (via Kenosha News). Blake was reportedly trying to break up a verbal altercation between two women when the police arrived. The video shows the man — who was reportedly unarmed — moving toward the driver’s side of a gray van when police shot him several times in the back. Seven shots can be heard in the video. CBS News reports that Blake, who is black, is currently in stable condition at the ICU and is expected to survive.

According to CNN, Attorney Benjamin Crump — who also represents Breonna Taylor’s family as well as George Floyd’s family — said that Blake’s family called him for assistance. Crump reported that Blake’s three sons were in the car at the time of the shooting. “They saw a cop shoot their father. They will be traumatized forever,” he wrote on Twitter. “We cannot let officers violate their duty to PROTECT us. Our kids deserve better!!”

Wisconsin Governor Tony Evers released a statement following the incident condemning the police department: “While we do not have all of the details yet, what we know for certain is that he is not the first Black man or person to have been shot or injured or mercilessly killed at the hands of individuals in law enforcement in our state or our country” (via CBS News).

“I have said all along that although we must offer our empathy, equally important is our action,” he added (via Time). “In the coming days, we will demand just that of elected officials in our state who have failed to recognize the racism in our state and our country for far too long.”

The officers involved have been put on administrative leave and the Wisconsin Department of Justice will lead an investigation into their actions. Protesters gathered near the scene of the shooting as well as outside the police department to voice their anger at Blake’s shooting, while the county declared an emergency overnight curfew. Protesters were dispersed with tear gas.

The Wisconsin shooting follows an ever-growing string of police shootings of unarmed black citizens that have led to country-wide protests against police brutality — starting with George Floyd’s death at the hands of police in late May.