Priyanka Chopra and Nick Jonas just rang in their second wedding anniversary together, and according to ~sources~ at Entertainment Tonight, they’re considering a major life change. Apparently, Nick and Priyanka have “been talking about having children in their near future,” which!!! 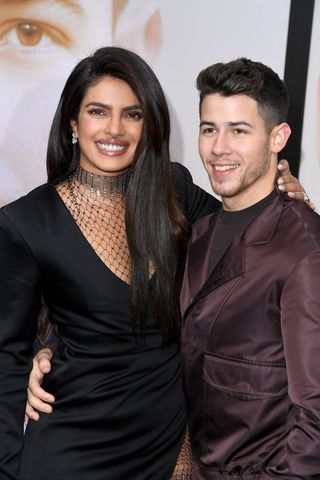 The source made a point to say “the couple has always wanted kids,” so it sounds like a Nickyanka baby is indeed in the future. In July 2019, which feels like a lifetime ago, Nick and Priyanka were in a bit of a different place. “Nick and Priyanka want kids, but right now it’s not a priority,” an Entertainment Tonight source claimed at the time. “Both are extremely busy, and with the Jonas Brothers reuniting and being a massive success the couple is conscious [of] how much time the tour takes up.”

“Nick and Priyanka haven’t been putting pressure on having kids,” the source added. “They are enjoying married life, traveling and working. The couple is OK with when it happens, it happens, and it will be a blessing.”

Having unexpected time at home this year has been really great for Nick and Priyanka’s relationship, which is saying a LOT because so many celeb couples called it quits this year. Back in October, Priyanka gave an interview with Hoda Kotb and Jenna Bush Hager on Today and had some suuuuuper cute things to say about her hubby.

“I still like him after spending so much time with him. He’s great, and we would’ve never had as much time with each other as we got during this quarantine,” she said. “It only took a global pandemic for us to align our schedules together, but that was definitely a silver lining is to be able to be home.”