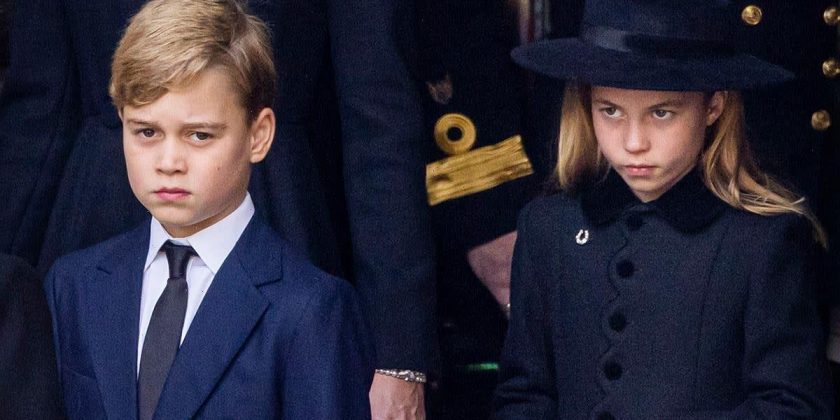 The Prince and Princess of Wales stepped out on Thursday afternoon to thank the unsung heroes who helped prepare everything in Windsor ahead of Queen Elizabeth‘s committal service on Monday.

MORE: Prince William admits to getting ‘choked up’ over Paddington Bear tributes following his grandmother’s death

In an hour-long engagement held at Windsor Guildhall, Prince William and Kate thanked a dozen of volunteers responsible for making the day itself so “extraordinary” as well as those leading to it.

Speaking about the preparations, William revealed how he, Kate and the children had carefully watched it all unfold whilst doing the school run.

RELATED: Where was Prince Louis during the Queen’s funeral?

“When we’ve been doing the school run, we’ve been able to see the preparations going up. We’ve seen it growing,” Kate said. 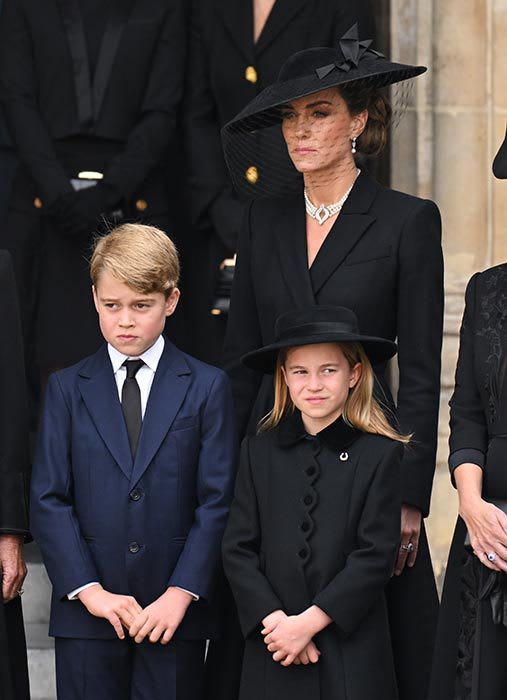 “It must have been quite a mission. Having gone backwards and forwards last week, we could see it slowly growing. It seemed so well organised.”

The Princess then added that her children, Prince George, Princess Charlotte and Prince Louis had been particularly “beady-eyed” and having spotted drones flying around the area for security reasons, couldn’t help but ask their parents about them.

Last week, the couple revealed that their three children were continuing to go to school during the public mourning period to give them a sense of “continuity” and “normality”.

Prince William revealed the update whilst on a walkabout in Windsor with Kate, his brother Prince Harry and his sister-in-law Meghan Markle.

School teacher Elaine Gee, from Woking, told PEOPLE of her conversation with William: “Prince William spoke about George, Charlotte and Louis, saying that they were trying to keep some sense of continuity for them at school and keep things as normal as possible.”

She added: “Kate and William were both very kind and gentle and genuine. It was very special – definitely a moment I will always treasure.”