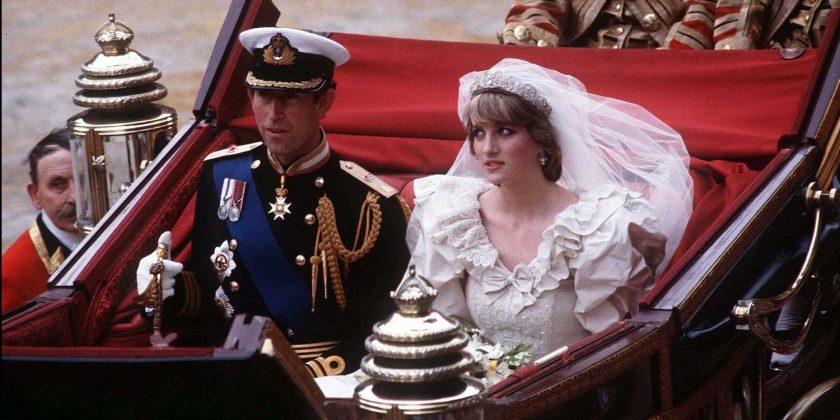 To say that Princess Diana didn’t have fairytale experience with the royal family would be a massive understatement. The very public breakdown of her marriage to Prince Charles is well-documented, but it royal experts suggest there really wasn’t much of a honeymoon period for Diana’s royal life, which sounds like it was pretty not great from the get-go.

Instead of being a fairytale (or even just normal commoner levels of romantic), her marriage to Charles was “almost like a business transaction,” according to royal expert Elizabeth Holmes (no, not that one), the author of HRH: So Many Thoughts on Royal Style.

“Diana just checked so many boxes and sort of slotted right in, and was clearly very eager and willing and wanting to please,” Holmes explained to Us Weekly.

In case you don’t have all the important royal romance dates tattooed in your brain (don’t worry, I do—occupational hazard) Charles and Diana tied the knot in July 1981 and, by all accounts, cracks started to show pretty much immediately. They separated in 1992, which was already a big deal for a royal couple, and didn’t officially end their marriage for four more years after that (and even then, it took public revelations of infidelity on both sides to pave the way for their tradition-breaking divorce).

Over the years, Charles and Diana’s relationship has been analyzed ad nauseam (not to mention fictionalized and rehashed on The Crown for anyone with access to a Netflix login to see), and the consensus has largely been that Charles, who was 32 when the couple got engaged, was facing a lot of pressure to settle down and that Diana just seemed like a good future Queen and got caught in the royal machine.

“It was so brief,” Holmes said of the couple’s courtship (they only dated for six months before they got engaged and, during that time, they only met in person 13 times). “That sort of speaks to how [Charles] was approaching this and the pressures that he was feeling. … It was sort of like a formality, almost.”

Even though the relationship moved quickly, Diana quickly became aware of the situation she was in for. She later described her wedding as “the worst day of my life” and she was eventually open with journalists about her unhappiness in the marriage.

“It became clear, first of all. How much she hated Charles,” she reportedly told former newspaper editor Sir Max Hastings, according to a People story from 2020. “Yes, she did hate Charles. And when I said ‘were there ever happy times?’ she said ‘no, the marriage was hell from day one.'”

It’s important to keep in mind, of course, that while Charles was 32 and apparently “over the hill” as a future King, Diana was very young when they dated and became engaged—just 19. Holmes points out the role that accepting the royal proposal and entering a marriage that turned out to be “hell from day one” while still a literal teenager had on Diana in the situation.

“She’s making this huge life decision without stable family behind her [and] much guidance,” Holmes added. “Looking back in hindsight, it’s very easy to find all the red flags.… It was like, ‘We’re marching forth. We’re doing our duty.'”