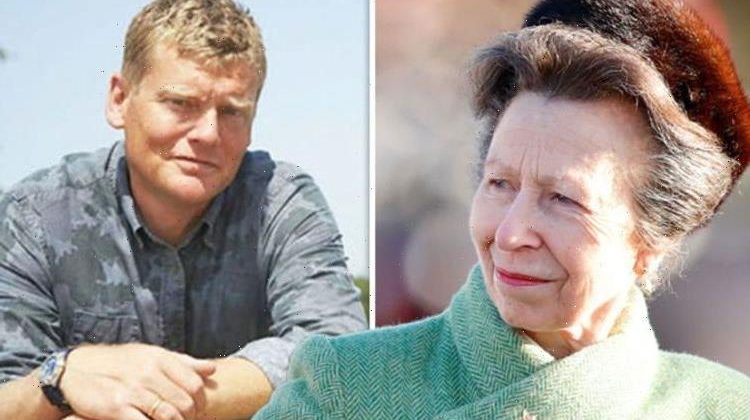 Countryfile presenter Tom Heap has had his fair share of encounters with members of the Royal Family over the years. The BBC favourite has now opened up on a meeting he had with Princess Anne, branding her “very knowledgeable”.

The 55-year-old met the Princess Royal at Gatcombe Park on her Gloucestershire estate to discuss issues affecting farming and land use.

The broadcaster, who is an advocate for climate change and issues affecting the environment, admitted he was impressed following their meeting.

His comments come as he also shared that he is yet to have a “detailed” conversation with Prince Charles, who has shown an increased interest in combating climate change, most notably when he addressed world leaders at COP 26’s global summit earlier this year.

The on-screen journalist said he found Princess Anne to be “open” and very clued up on farming.

“I have met both Princess Anne and Prince Charles,” Tom explained.

“The one I’ve spent the most time with is Princess Anne. That was actually a few years back when I did something for Countryfile at Gatcombe Park at her place.”

He went on: “She was very open and very knowledgeable about farming and land use.

“But that meeting wasn’t primarily about climate change but I did find her very engaged with issues to do with land management and horses.”

He said: “As to Prince Charles, I can’t say that I had a detailed conversation with him.

“But it’s quite obvious to me, particularly he and his eldest son are very engaged in this space as we saw from the Earthshot Prize.”

The Earthshot Prize, which was fronted by Prince William, is designed to incentivise change and help to repair our planet over the next ten years.

It is centred around five ‘Earthshots’ – simple but ambitious goals for our planet which, if achieved by 2030, aims to improve life for generations to come.

Meanwhile, Tom has begun his own mission to help solve the climate crisis, which has taken centre stage on the global agenda.

When he is not serving as an investigative reporter and delving into the big issues which have affected the countryside on BBC’s Countryfile, he is sharing the successes in the world’s fight against the climate crisis.

Tom has offered his own take on the environment in his new book 39 Ways To Save The Planet.

The author admitted he is more concerned with the public acknowledging the progress that is being made in combating the issue.

In addition, he included a foreword by actor Arnold Schwarzenegger, who is equally passionate about sustainability and reducing carbon emissions.

“Tackling climate change essentially means changing the way society and our economy works, so that it is not dependent on burning fossil fuels, which is what it really has been pinned on for the last hundreds of years,” Tom commented.

“There is more than one narrative that needs to be articulated. The narrative of peril coupled with doom and gloom is important and is true, but it doesn’t work for a large section of the population and it isn’t the whole story.”