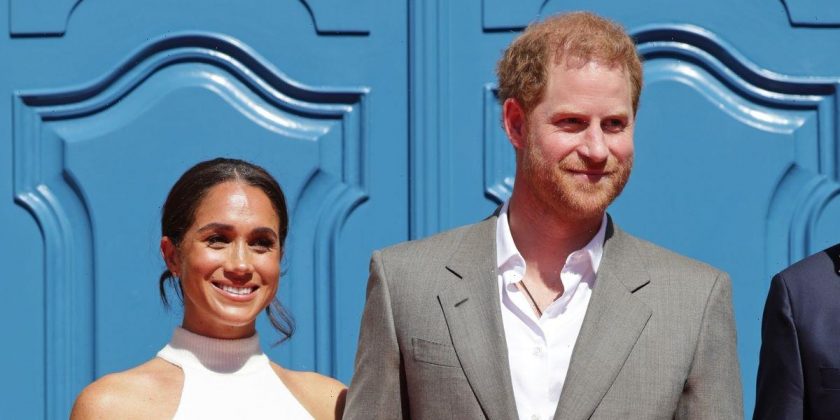 The UK public condemned Prince Harry to a life without his royal title in a recent poll.

Put together by YouGov for The Times, this selection of questions arrived in the wake of Netflix's headline-grabbing Harry & Meghan docuseries, while the Duke of Sussex's memoir Spare is just a week away from hitting shelves.

Asked whether Harry, 38, should be stripped of his royal title, 44 per cent of the respondents went with this dramatic move, as 32 per cent decided against it.

With character-bruising rumours constantly circling them, a total of 44 per cent also admitted they were more sympathetic towards Prince William and wife Kate Middleton – while a measly 17 per cent sided with the Sussexes, who live over in Montecito with their young son Archie and daughter Lilibet.

Meanwhile, 23 per cent of the voters suggested the couple's six-part documentary made them think lower of Harry and Meghan, with just 7 per cent thinking better of them after tuning in.

Another point of focus was Harry and Meghan's departure from the royal institution three years ago.

Of those questioned by YouGov, 65 per cent felt they had chosen to leave by their own accord, compared to an 11 per cent feeling that they'd been forced out behind the scenes.

Despite countless allegations of mistreatment, the majority (53 per cent to be exact) said the pair didn't deserve an official apology off their fellow royals, including King Charles III, with 19 per cent believing they did.

And finally, just below half of voters (49 per cent) came to the conclusion that The Firm was not systemically racist, following reports of the discrimination Meghan had to face during her time in the royal position.

Tom Quinn, author of 2020 book Kensington Palace: An Intimate Memoir from Queen Mary to Meghan Markle, had this to comment on the various results: "I’m not at all surprised that people have more sympathy for the Prince and Princess of Wales because they are doing the classic thing of being stoical. They are not complaining about Harry.

“I think it is unlikely that the King will strip the Duke of Sussex of his title because then it looks like he and Prince William are doing the kind of things Harry and Meghan do. Their modus operandi is to be quiet and calm and not lash out.

"I’m only surprised that the documentary didn’t do more damage to the Duke and Duchess of Sussex. I found it painful to watch – it made you realise they are lost souls. It is extraordinary that they feel this will somehow improve things for them."