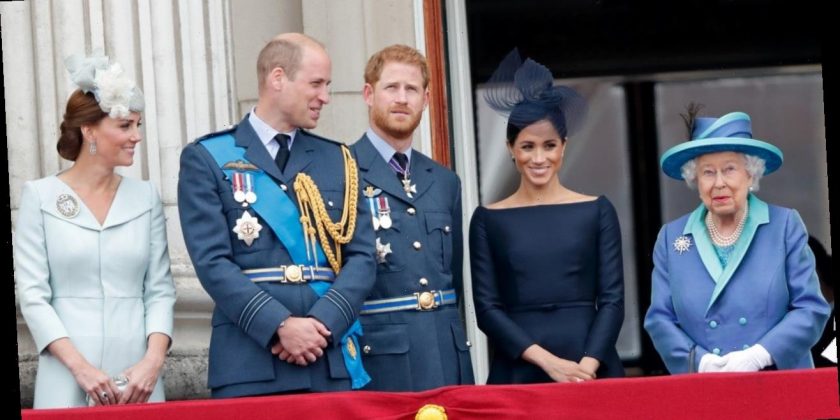 Her grandson, Prince Harry, his wife, Meghan Markle, and their 11-month-old son, Archie, video chatted the reigning British monarch to wish her a happy birthday, ET has learned.

The involved parties had quite the time difference to deal with — eight hours, to be exact — as the Sussexes have relocated to Los Angeles and the queen is currently quarantined in Windsor Castle with her 98-year-old husband, Prince Philip.

ET previously learned that any video calls Her Majesty has with members of her family for her birthday will remain private despite some video chats between the royals and their charity organizations being released this month.

Royal expert Katie Nicholl recently opened up to ET about Meghan and Harry’s decision to relocate to Los Angeles after stepping down from their working royal roles.

“They want Archie growing up aware of his dual citizenship,” Nicholl told ET. “They’ve had a tough time [in the United Kingdom] the past 12, 18 months, and I think they both genuinely feel they can have a happier future living in L.A.”

However, the couple has already been photographed by paparazzi while out walking their dogs and doing charity work. This likely won’t sit well with them as they are in the middle of their own lawsuit with British media companies.

“Meghan is an L.A. girl, she was raised in L.A., she knows the Hollywood culture better than most, and I think it would be naive at best to expect that they weren’t going to be photographed going about their daily business,” Nicholl noted. “Now they’ve actually been pretty lucky to be living somewhere that hasn’t yet been identified. They’ve enjoyed a couple of weeks living completely below the radar. They choose to take their dogs out for a walk, they choose to go drop groceries and deliveries for a food charity. They can’t expect not to be photographed.”

For more on what the couple is up to since relocating to the States, watch the clip below: