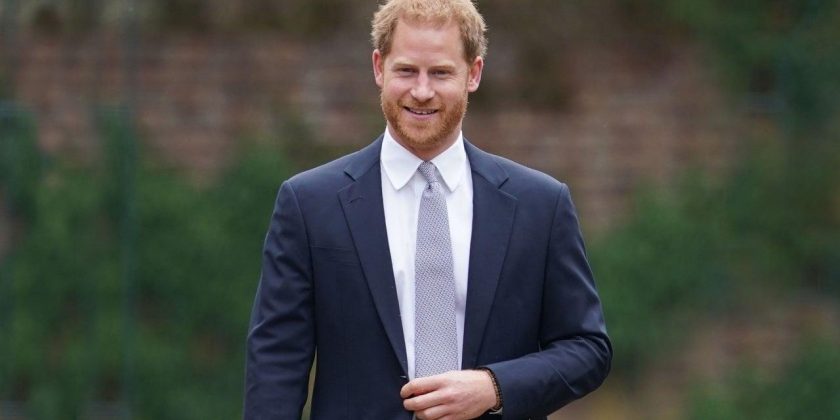 Prince Harry made a stylish appearance at the 24th annual GQ Men of the Year Awards in association with BOSS on Wednesday night. The Duke of Sussex appeared virtually to present the Heroes of the Year Award to Professor Dame Sarah Gilbert, Dr. Catherine Green and the team behind the Oxford/AstraZeneca vaccine.

In a heartfelt speech, Harry said he was “deeply honored” to introduce the group, for their incredible contributions to the fight against COVID-19.

“Our heroes of this evening are Professor Sarah Gilbert, Doctor Catherine Green, and the entire team of dedicated Oxford scientists. Their breakthrough research on the Oxford Vaccine has brought the world one of our greatest tools for achieving vaccine equity,” he said.

The duke praised Gilbert, Green and the team for approaching their mission “with a humanitarian urgency,” noting how they sent a shipment of research cultures to India in an effort to end the global crisis.

“As people sit in the room with you tonight, more than a third of the global population has received at least one dose of the vaccine. That’s more than five billion shots given around the world so far. It sounds like a major accomplishment, and in many ways is. But there is a huge disparity between who can and cannot access the vaccine,” Harry noted. “Less than two percent of people in the developing world have received a single dose at this point, and many of their healthcare workers are still not even vaccinated. We cannot move forward together unless we address this imbalance as one.”

The father of two also pointed out misinformation surrounding COVID-19 and the vaccine. “This is a system we need to break if we are to overcome COVID-19 and the rise of new variants,” he insisted.

“The Oxford Team have done their part. They are heroes of the highest order who gave us an instrument to fight this disease. They are our nation’s pride, and we are deeply indebted to their service,” Harry expressed. “For the rest of us — including global governments, pharmaceutical leaders, and heads of business—we have to keep doing our part. That must include sharing vaccine science and supporting and empowering developing countries with more flexibility. Where you’re born should not affect your ability to survive, when the drugs and know-how exist to keep you alive and well.”

Harry concluded his speech by once again thanking Gilbert, Green and their team. “These are two exceptional people — with a remarkable team — who are a bulwark of humanity,” he said.

See more on Harry in the video below.