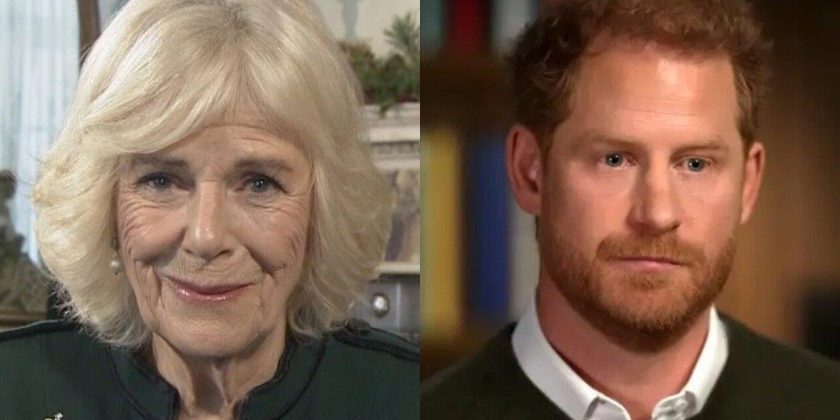 The Duke of Sussex claims he has ‘a huge amount of compassion’ for his father’s second wife Camilla despite suggesting she was ‘dangerous’ due to her need to improve her image.

AceShowbiz –Prince Harry insists he has “huge compassion” for Queen Consort Camilla despite referring to her as “dangerous” and a “villain.” On Monday, January 09, 2023, the Duke of Sussex, 38, told “Good Morning America” of his sympathy for his father King Charles‘ wife, and told Anderson Cooper on “60 Minutes” on Sunday, January 8, 2023 she was portrayed by the tabloid Press as “the villain.”

When he was asked what Camilla “had done” to prompt he and his brother Prince William to beg Charles not to marry her, Harry told “GMA” host Michael Strahan that he had empathy with her as the “third person” in his father’s marriage to his late mum Princess Diana, and insisted he “doesn’t look at her as an evil stepmother.”

The duke added, “I have a huge amount of compassion for her, you know, being the third person within my parents’ marriage.” But Harry admitted he had not spoken to Camilla for a “long time” and said he “loves every member of his family.”

Harry also said he and Camilla are “perfectly pleasant” when they meet. Despite his claims, the duke repeated on “GMA” claims she had “traded” stories with the media to help “rehabilitate” her image after her affair with Charles while he was married to Diana was exposed.

He added she “has done everything she can” to “improve” her image “for her own sake.” Harry said, “She had a reputation, or image, to rehabilitate, and whatever conversations, whatever deals or trading was made right at the beginning, she was led to believe that would be the best way of doing it.”

But he insisted, “She’s my stepmother. I don’t look at her as an evil stepmother. I see her as someone who married into this institution (the royal family) and has done everything that she can to, you know, improve her own reputation and her own image. For her own sake.”