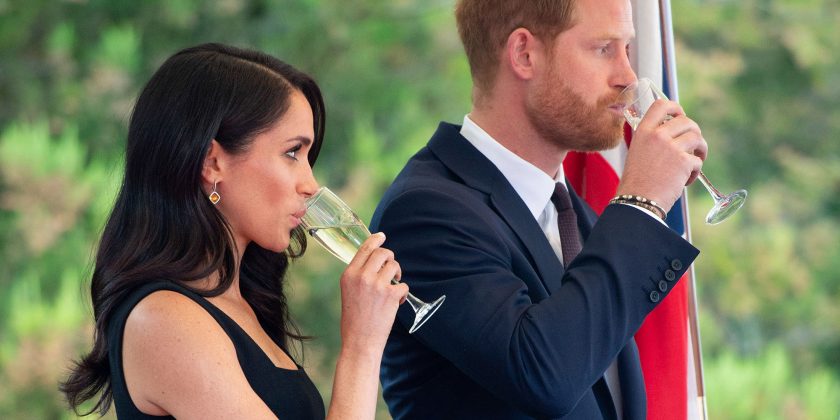 Hunting isn’t the only thing Prince Harry has given up for Meghan Markle.

The Duchess of Sussex has reportedly “banned” the royal dad-to-be from consuming caffeine, persuading him to have mineral water as a healthy alternative to tea and booze, which he had also dropped in support of her pregnancy.

“Considering he’s been a pretty brutal drinker since he was a young teenager, it’s quite an achievement,” an insider said, according to the UK’s Express.

Harry’s family is said to have noticed a difference in the prince during the royals’ Christmas celebrations at Sandringham. Friends also claimed the former party boy is “more chilled and relaxed.”

“All she [Meghan] did was show him there’s another way to live and he’s become a huge fan,” said an insider. “He eats well, doesn’t poison his body, exercises, does a bit of yoga and is a lot happier.”

This isn’t the first time Markle has allegedly persuaded Harry to change his ways. Back in March, the former “Suits” actress managed to get Harry to quit smoking.

“Meghan is a beautiful influence on Harry,” a source previously told People. “They both worked hard to be the healthiest they could be before they got married.”

The couple tied the knot at St George’s Chapel at Windsor Castle last May. They are expecting their first child together later this spring.