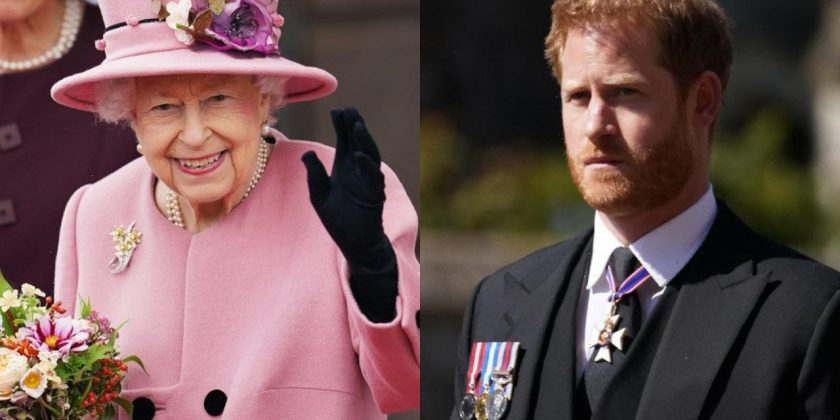 The Duke of Sussex allegedly still ‘feels guilty about not saying goodbye’ in person to his late grandfather Prince Philip and doesn’t want it happens again with his ‘beloved grandmother.’

AceShowbiz -Prince Harry is reportedly extremely worried over Queen Elizabeth II’s health. According to a new report, the Duke of Sussex went into “panic mode” after he was informed that his grandmother was rushed to the hospital earlier this month.

“He felt helpless being 5,000 miles away in Montecito,” a source shares to Us Weekly of Harry, who has been residing in California alongside wife Meghan Markle and their son Archie since stepping down as senior royal family member in early 2020. The insider also claims that Harry “has been checking-in non-stop with her.”

The source adds that Harry still “feels guilty about not saying goodbye” in person to his grandfather Prince Philip, who died in April. He allegedly doesn’t want it happens again with his “beloved grandmother.”

“[He] would never forgive himself if the same thing happened with his beloved grandmother,” the informant reveals. It is also said that the younger brother of Prince William is “hoping to go back home for Christmas with Meghan, if not before so that she can finally get to meet [her great granddaughter] Lilibet and see [great grandson] Archie again.”

Earlier this month, Queen Elizabeth II canceled her trip to North Ireland. “The Queen has reluctantly accepted medical advice to rest for the next few days,” Buckingham Palace said in a statement on October 20. “Her Majesty is in good spirits and is disappointed that she will no longer be able to visit Northern Ireland, where she had been due to undertake a series of engagements today and tomorrow.”

The next day, it was reported that Her Majesty spent the night in the hospital on October 20. In response to the report, the palace said in a statement that the 95-year-old monarch was given “medical advice to rest for a few days” and underwent “preliminary investigations” while there.