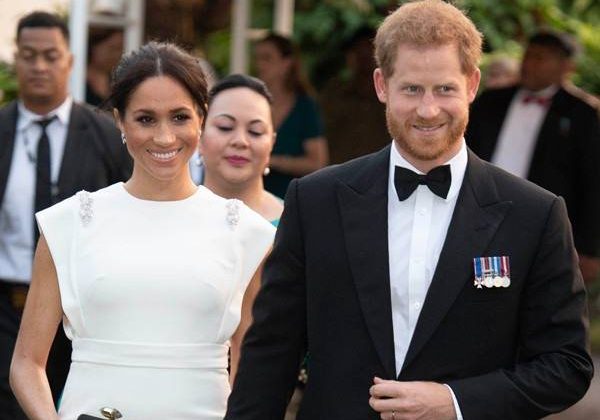 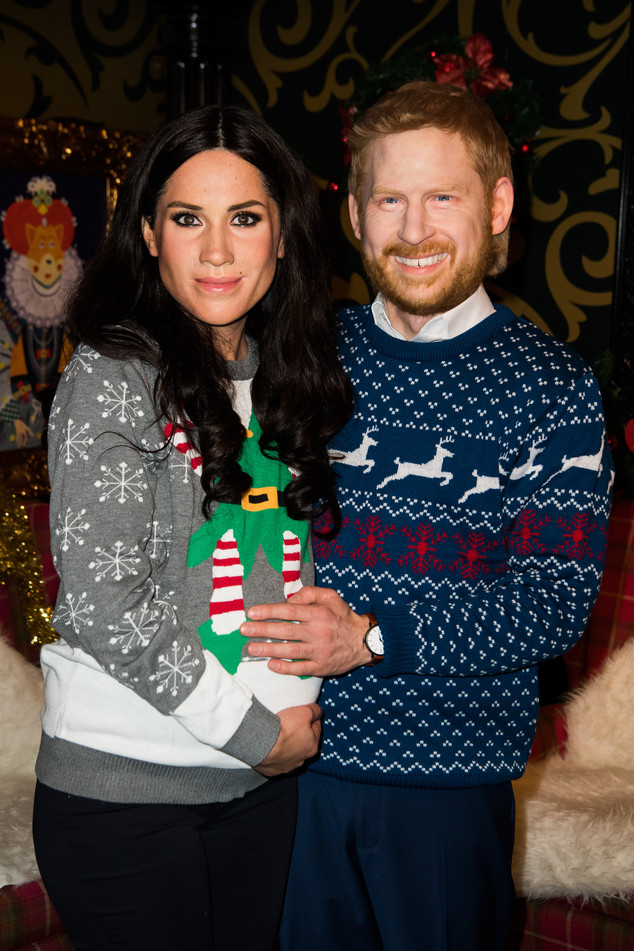 Madame Tussauds unveiled its new live wax figures of Prince Harry and Meghan Markle in Berlin on Tuesday, and the royal replicas are giving some fans the creeps.

In the new exhibit, actors impersonate the Duke and Duchess of Sussex by wearing waxwork heads and holiday attire. The Harry imitator, for instance, dons a royal blue sweater with reindeer and snowflakes while the Meghan imposter, sports a gray elf sweater with snowflake detailing—a far cry from the chic navy ensemble she wore to last week’s caroling event. The fake royal even has a baby bump.

The exhibit also shows the counterfeit couple relaxing besides a cozy fire and opening a few gifts. Also, like the real Harry and Meghan, they aren’t afraid to show a little PDA.

The wax museum celebrated the new figures last week by bringing the phony pair to a local Christmas market for some holiday shopping.

To see more pictures of the new duo, check out the images below. This isn’t the first time Madame Tussauds has revealed wax figures inspired by the duke and duchess. The museum in London also hired actors to wear similar waxwork heads and enjoy a day around the city back in August. 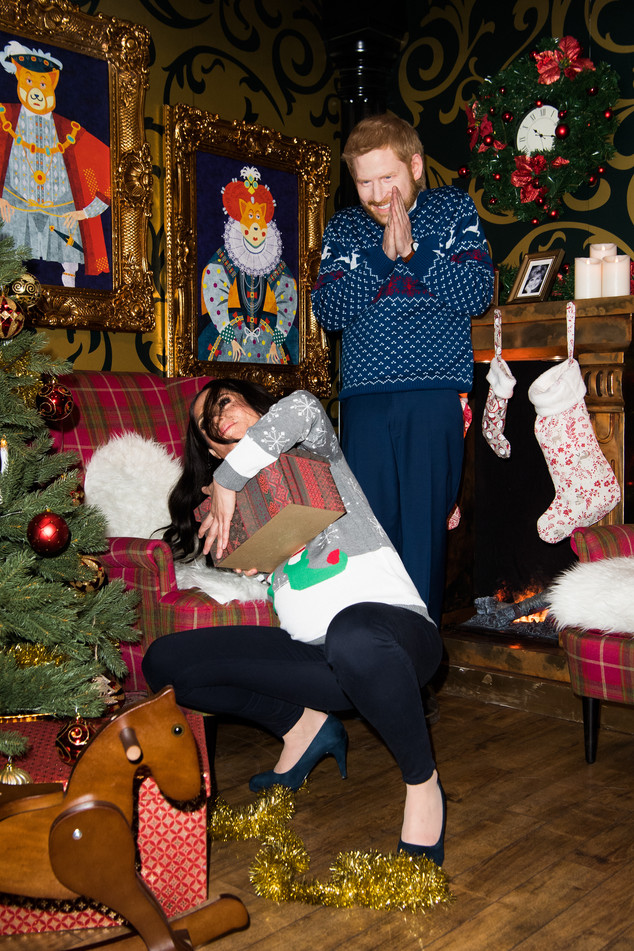 In addition, Madame Tussauds created a wax figure of Harry in honor of his 30th birthday.

They then updated his statue right before the royal wedding and added a Meghan figure.