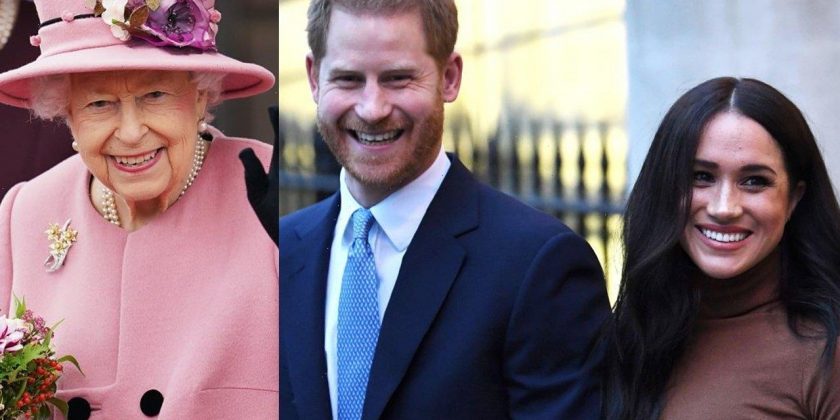 The secret visit marks the first time for the Duchess of Sussex to fly across the pond and reunite with the 95-year-old Monarch since she and her husband moved to Montecito, California.

AceShowbiz -Prince Harry and Meghan Markle are back to the U.K. The Duke and Duchess of Sussex secretly paid visit to Queen Elizabeth II after they announced that they stepped down as senior royal family members in January 2020.

A spokesperson for the couple confirmed the reunion on Thursday, April 14. “We can confirm that they visited the duke’s grandmother, as we previously said he hoped to do,” the spokesperson shared. “They stopped by the UK on their way to the Hague to attend the Invictus Games.” The couple is reporred already in Netherlands now.

According to royal reporter Omid Scobie, the twosome dropped by Windsor Castle to spend time with the 95-year-old monarch. TMZ, meanwhile, reported that Harry and Meghan flew to London’s Heathrow Airport from their home in California. Their two young children Archie (2) and Lilibet (10 months), the latter of which has never met the Queen in person, were allegedly left at home.

The news outlet further added that Harry and Meghan stayed overnight at their home on the grounds of Windsor Castle’s Frogmore Cottage. Harry’s cousin Princess Eugenie now lives there with her husband, Jack Brooksbank, and their baby son, August.

It was also said that Meghan and Harry met the latter’s father Prince Charles amid tension. However, it is currently unknown if the Sussexes also visited other royal family members during the visit.

The secret visit marked the first time for Meghan to fly across the pond since she and her husband moved to Montecito, California. As for Harry, it served as his third time. The military veteran previously returned to his native country to attend his grandfather Prince Philip’s funeral in April 2021 and to unveil a statue of his late mother, Princess Diana, on the grounds of Kensington Palace in July 2021.