A family feud for the ages. Prince Charles is having a harder time moving on from Prince Harry and Meghan Markle’s tell-all interview than Prince William and Queen Elizabeth II, a source exclusively reveals in the new issue of Us Weekly.

“With the way things are going, Charles may never forgive Harry, which hasn’t gone down well with Elizabeth,” the insider tells Us. “She feels that he’s putting his pride before the best interest of the monarchy. She has enough on her plate dealing with the loss of her husband. It’s drama she can do without.” 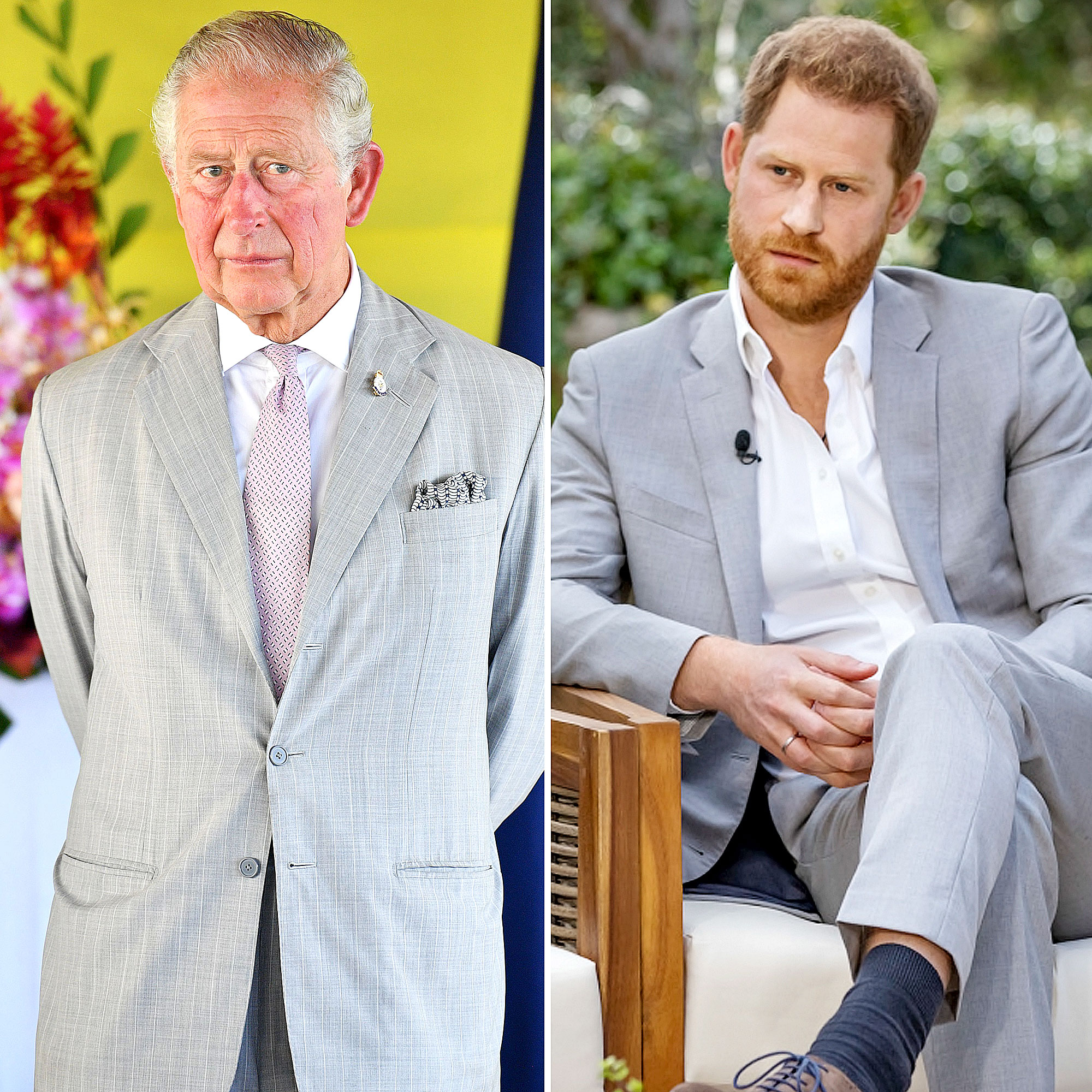 The source adds that Charles, 72, is “more stubborn” than son William, 38, who was spotted chatting with Harry, 36, last month after Prince Philip’s funeral service in the U.K.

“They’re definitely not at the point where they speak on a regular basis, but William wants to be the bigger person and set a precedent. He believes that in order to repair damage and destruction from Harry’s interview, the best approach is to keep things civil with his brother rather than fanning the flames and fighting back with a tit-for-tat attitude,” the source says. “Elizabeth is proud of William for taking the dignified approach, unlike Charles, who still hasn’t forgiven Harry for dragging his name through the mud.”

The Duke and Duchess of Sussex made headlines in March after they opened up about their decision to stop working for the 95-year-old monarch, citing concerns about racism in the U.K. and within the family. During the tell-all, Harry revealed that Charles stopped taking his calls after the couple relocated to California in March 2020.

“Because I took matters … into my own hands. It was like, I needed to do this for my family,” Harry, who shares 2-year-old Archie with Meghan, said at the time. “This is not a surprise to anybody. It’s really sad that it’s got to this point. I will always love him, but there’s a lot of hurt that’s happened. And I will continue to make it one of my priorities to try and heal that relationship.”

Another source previously told Us that Charles didn’t have any meaningful conversations with Harry during his first trip back to London in April.

“Unfortunately, Harry and Charles didn’t resolve their differences when Harry returned to the U.K. They barely communicated,” the source said last month. “There definitely continues to be a huge wedge between the two.”

For more on the royals, watch the video above and pick up the new issue of Us Weekly, on newsstands now.