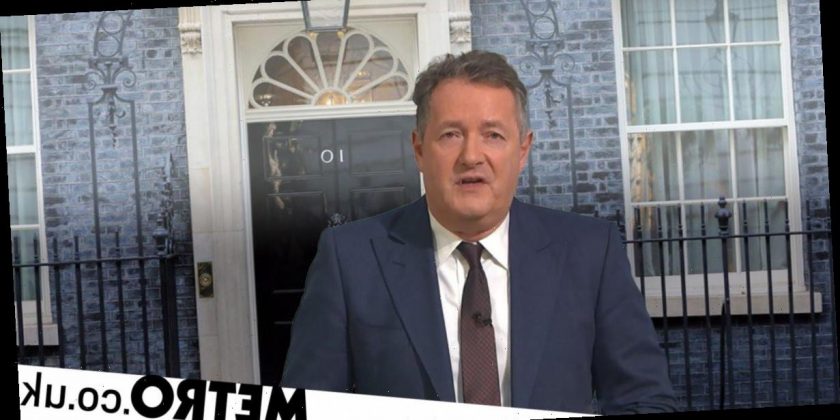 Piers Morgan has revealed what would be on his manifesto if he were to run for Prime Minister after viewers of Good Morning Britain have petitioned for him to run the country.

Viewers took to Twitter to call for ‘PM for PM’ after watching Piers hold politicians to account over the past year about the handling of the coronavirus pandemic.

As the bookies slashed odds of him becoming leader of the country to 20-1, he even released a campaign video starring Peter Andre and Mark Wright.

He also revealed his full manifesto in a column for the Daily Mail, which includes banning anyone over the age of 50 from using TikTok and making tooth whitening compulsory for all Britons.

The 20-point plan – dubbed Morgan’s Manifesto – would see Piers first and foremost fire two thirds of the ‘current abysmal cabinet’ and replace them with the likes of Marcus Rashford as Education Secretary for his work on Free School Meals, as well as Joan Collins as Foreign Secretary and Dr Hilary Jones as Health Secretary.

Another change Piers would make would be to force Twitter users to sign up with their real name, photo and place of work in their bio in order to stop trolls from being able to hide behind a wall of anonymity.

He’s also against vegan food companies using ‘meat language’ to sell their products, would scrap VAR at football matches as well as participation prizes at schools, joggers would be banned from high streets and over 50s would not be allowed on TikTok.

Piers added: ‘In my first budget, I would double the pay of every single person currently working in the NHS – from the cleaners, porters and mortuary assistants to the nurses, doctors, surgeons and consultants – and pay for it by slapping a new super-tax on all big tech firms like Amazon and Facebook who’ve spectacularly cleaned up during the pandemic and yet still pay derisory tax on their massive profits in the UK.’

He concluded: ‘Finally, and if this doesn’t get me elected then nothing will, I’d announce a four-day national holiday to take place the moment the last person in Britain who needs a Covid vaccination gets one.

‘Everyone would be given £100 and a direct instruction from their new Prime Minister to go absolutely bonkers.

‘Apart from anti-vaxxers and covid-deniers, obviously. They get nothing but our derision and another speech from the other Piers – Corbyn.’