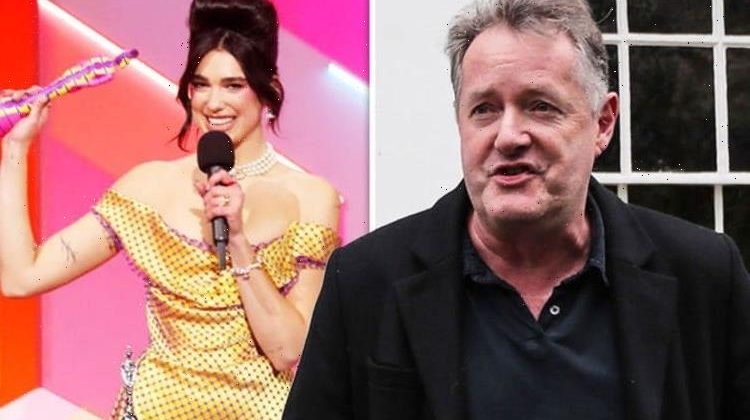 Piers Morgan took to Twitter and fumed over the decision to scrap male and female categories ahead of the Brit Awards 2022 event. The former Good Morning Britain presenter slammed the move as “woke garbage”.

Taking to the micro-blogging site, the 56-year-old claimed it would soon be “illegal to be called a man or woman”.

His furious tweet comes after it was announced that the show organisers have decided to be more “inclusive” with the introduction of gender-neutral awards.

In view of his 7.9 million followers, Piers retweeted an article that read: “The BRITs go gender-neutral: Bosses scrap male and female categories ahead of ‘woke’ 2022 ceremony.”

The outspoken presenter tweeted: “What a load of woke garbage. Won’t be long before it’s illegal to call yourself a man or woman.”

Twitter user, Chillo, wrote: “There is no real reason for male and female categories though. As Chris Rock famously said at the Oscars… ‘it’s not track and field’.”

Jenny Lorraine Neilsen penned: “When girls do science they compete for the Nobel prize as physicists, not women. Acting and singing are no different. Who is best?”

Colin Bennett added: “No it won’t. Stop being so melodramatic. Let the best of the best all compete. Simple.”

Others agreed with Piers’ stance, as Dee remarked: “Why don’t they have a gender-neutral award for those in that category instead of removing male & female.”

Lewis said: “So now women and men have to compete in the same categories? How is that in any form fair?”

While Mike added: “This ridiculous situation MUST stop soon.”(sic)

The Brit Awards 2022 will also feature four new awards, which will all be decided by a public vote that includes alternative/rock act; hip hop/grime/rap act; dance act and pop/R’n’B act.

The move comes after the singer Sam Smith – who identifies as non-binary – put organisers under pressure to scrap male and female categories earlier this year.

The three-time winner wrote online: “Music for me has always been about unification not division.

“I look forward to a time where awards shows can be reflective of the society we live in.”

Artists like Sam and Will Young had previously called for the change, saying the current system excludes non-binary artists.

Brit chair, Tom March, announced the removal of traditional categories saying it’s important for the award ceremony to “evolve and aim to be as inclusive as possible”.

The ceremony will return on February 8, 2022, with comedian Mo Gilligan as host – replacing Jack Whitehall who has helmed the event in recent years.

The Brit Awards 2022 will air on ITV on February 8 live from the O2 Arena in London.