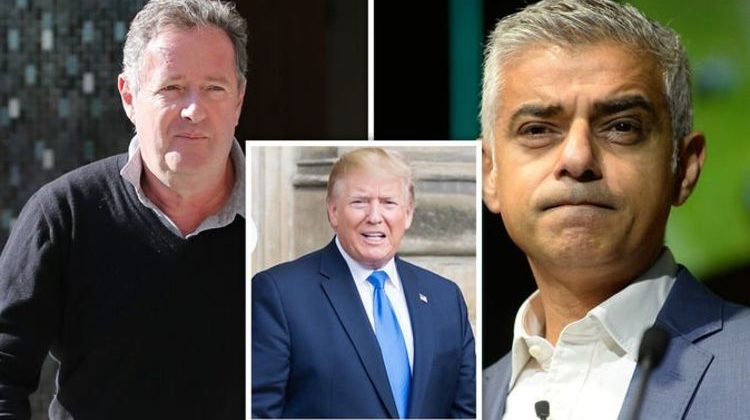 President Donald Trump is on a three-day tour of the UK before heading off to France commemorate the 75th anniversary of D-Day.

Similar to his visit last year, Trump’s arrival in London has been controversial with many politicians, including London Mayor Sadiq Khan, protesting against him.

Piers Morgan has now hit out at Sadiq Khan for his series of “savage” attacks on President Trump in the last 48 hours.

In an article written for the Mail Online, the presenter said: “Sadiq Khan, who’s been Mayor for three years, launched a series of savage attacks on President Trump in the past 48 hours, both in print and on television.

“Mayor Khan also authorized, again, the flying of a giant orange Trump baby blimp over the Houses of Parliament during the visit, specifically designed to mock and humiliate the President.”

He continued: “By doing all this, Khan knew exactly what he was doing, and that was to create a firestorm of hatred towards the American leader and to whip up bigger protests against him than might otherwise have occurred.”

Piers acknowledged Trump can have his faults but claimed Sadiq is making the trip “all about him”, rather than the “D-Day heroes”.

The journalist concluded: “Who the hell is this jumped-up pipsqueak to start barking out insults at the American President when he can’t even protect our kids from being stabbed to death?

“As a Londoner, I’m utterly ashamed by the selfish, puerile, virtue-signalling antics of my Mayor.”

Piers had also hit out at the Mayor on Twitter, stating he has been refusing to go on Good Morning Britain to discuss his thoughts on Trump. 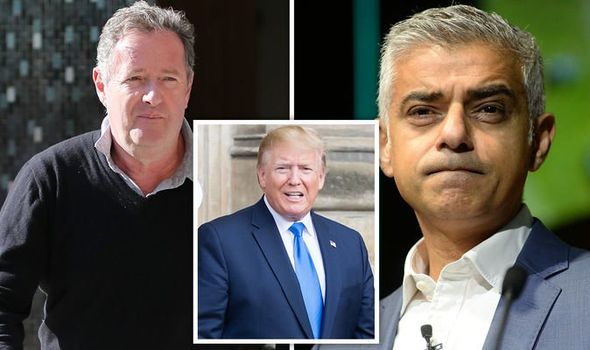 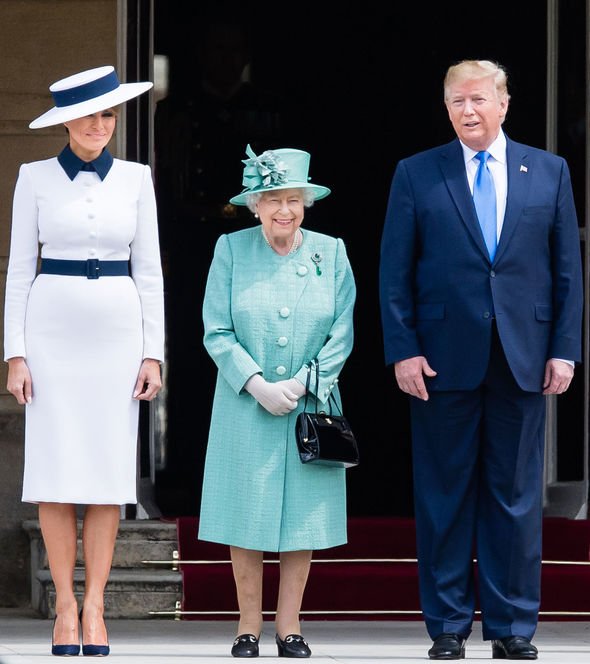 He said: “To all those asking…yes, we’ve repeatedly asked @SadiqKhan to come on @GMB tomorrow & defend his treatment of President Trump.

“So far, he’s bottling it. What are you scared of, Mr Mayor?”

Trump also had his say on Sadiq just moments before Air Force One landed at Stansted this morning.

He tweeted: “@SadiqKhan, who by all accounts has done a terrible job as Mayor of London, has been foolishly ‘nasty’ to the visiting President of the United States, by far the most important ally of the United Kingdom.

“He is a stone cold loser who should focus on crime in London, not me.” 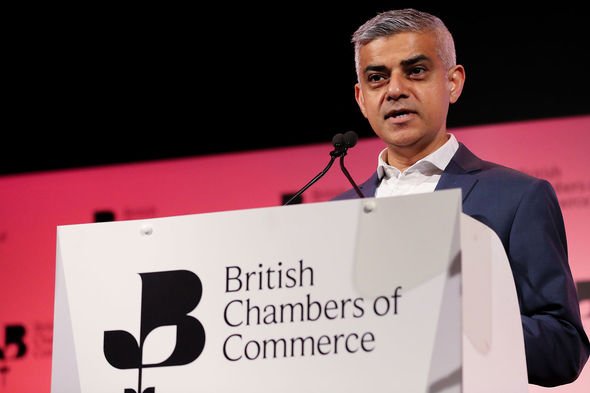 He continued: “Kahn reminds me very much of our very dumb and incompetent Mayor of NYC, de Blasio, who has also done a terrible job – only half his height. In any event, I look forward to being a great friend to the United Kingdom, and am looking very much forward to my visit. Landing now!”

A spokesman for Mr Khan told the BBC: “This is much more serious than childish insults which should be beneath the president of the United States.

“Sadiq is representing the progressive values of London and our country warning that Donald Trump is the most egregious example of growing far right threat around the globe.”

It comes after Sadiq described the US president over the weekend as “just one of the most egregious examples of a growing global threat” and compared the language he had used to that of the “fascists of the 20th century”.