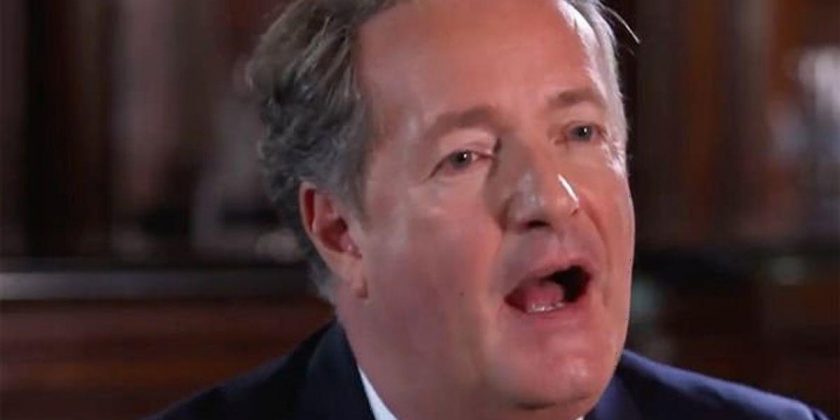 Piers Morgan appears to have reignited his feud with Denise Welch, 63, after criticising her mental health advocacy work.

The former Good Morning Britain presenter, 57, took to Twitter to slam Denise after someone called him out for making light of mental health illnesses.

They wrote to the star: “Mental health is nothing to joke about!”

Piers then replied: “I’ve got no time for mental health frauds like Denise Welch who cynically exploit MH for money & preach about kindness but are horrible human beings.”

Denise has since clapped back, and accused him of “putting the cause back” by two decades. “Piers Morgan cared nothing, not one jot about how his constant scaremongering and anxiety inducing ranting impacted the mental health of this nation over the last 2 yrs. Anything for headlines,” she penned.

Piers has since responded, adding further fuel to the fire.

“I see right through them all. Wonder how much cash she’s now banked from playing the MH victim…”

Denise has since accused Piers of “defamation of character” and hit out at him for his claims of her doing her advocacy work for financial gain.

“Aww diddums. If you can’t take it, don’t dish it out,” Piers replied.

“You’re a nasty piece of work who epitomises the fake #BeKind brigade. But feel free to sue me, just remember to bring all your book profit receipts…”

Piers’ comments come after he and Denise came to blows in 2020 afterthe journalist accused her of being a “Covid-denier” after she discussed the country’s restrictions.

He wrote at the time: “Dumb, deluded and dangerous Covid-deniers like Denise Welch need to stop being given air time.

“Her idiotic, ill-informed ramblings – from woman who never stops telling us she suffers from mental illness – will cost lives by persuading people to think the virus isn't a threat.” Denise responded: “Please ask Mr Morgan to show me one tweet, one interview where I have denied Covid?”

The pair have butted heads on a handful of other occasions, including over Piers’ comments about Meghan Markle’s mental health after her explosive interview with Oprah Winfrey where she opened up about her struggles while living in the UK.

His comments about the Royalsparked thousands of Ofcom complaints– the most the broadcasting regulator has ever received.

Meghan herself also made a formal complaint to Ofcom and ITVover his remarks about her comments regarding her mental health.