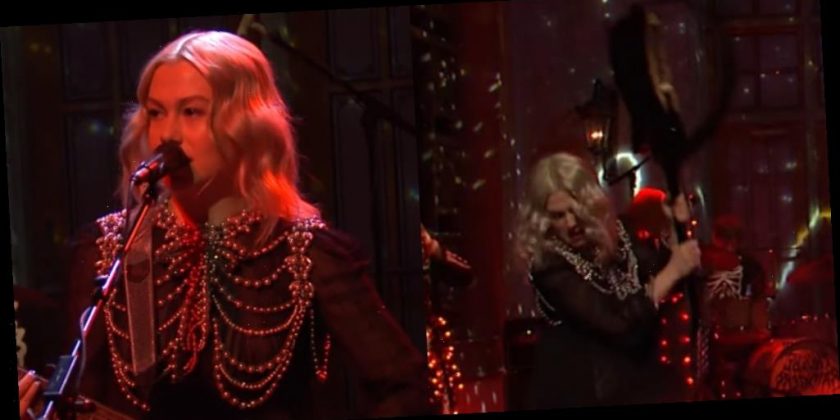 The 26-year-old singer/songwriter performed as the musical guest on the sketch show on Saturday (February 6) from New York City.

For her first performance, Phoebe performed her hit song “Kyoto.”

Later in the show, Phoebe returned to the stage for a performance of “I Know The End.”

Once she finished singing the song, Phoebe let out a primal scream, started smashing her guitar on stage, and kicked a speaker.

If you missed it, Phoebe was nominated for four awards at the upcoming 2021 Grammys including Best New Artist and Best Rock Song for “Kyoto.”

The 2021 Grammys will air on March 14 on CBS. You can check out the full list of nominations here!