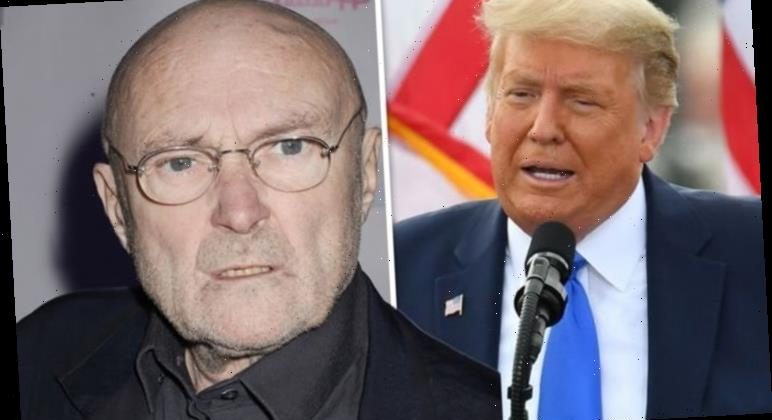 Phil Collins, 69, has hit President Donald Trump’s campaign with a cease and desist letter to ensure that it will not continue to play his 1981 hit song In the Air Tonight. It comes after Trump’s team used the track during a rally in Iowa on Wednesday.

Phil’s song was played while an audience of the president’s supporters waited for him to arrive on Air Force One at Des Moines International Airport.

The hit could be heard while the plane made its approach for landing.

Once the plane landed, Trump, 74, walked down the stairs to Survivor’s song Eye of the Tiger.

Following the use of Phil’s track, his representative spoke out and revealed the campaign did not have his permission to play the song. 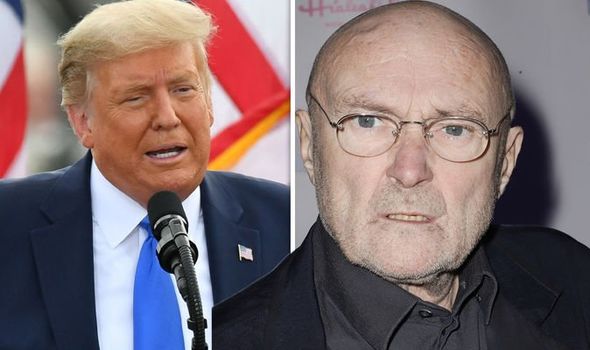 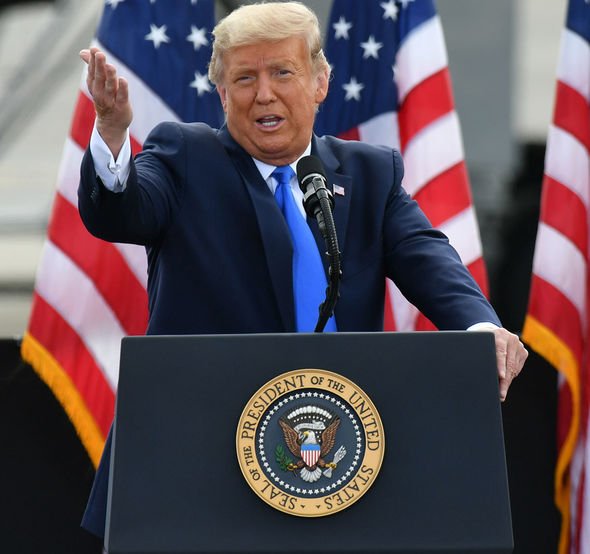 They told Consequence of Sound: “Yes we are well aware of the Trump campaign’s use of this song and we have already issued a ‘cease and desist’ letter via our lawyers who continue to monitor the situation.”

Express.co.uk has contacted a representative for Trump for comment.

Trump’s campaign has also been criticised for using In the Air Tonight amid the coronavirus outbreak.

They argue playing the song is in poor taste because the pandemic is caused by an airborne virus. 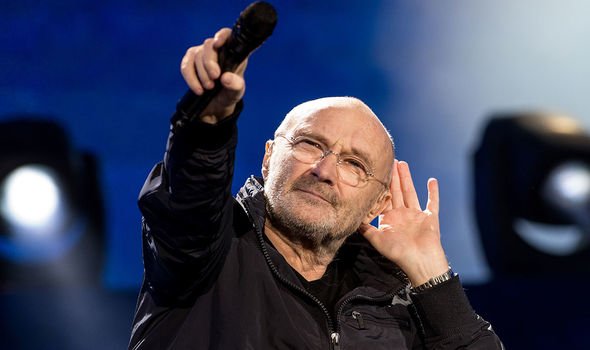 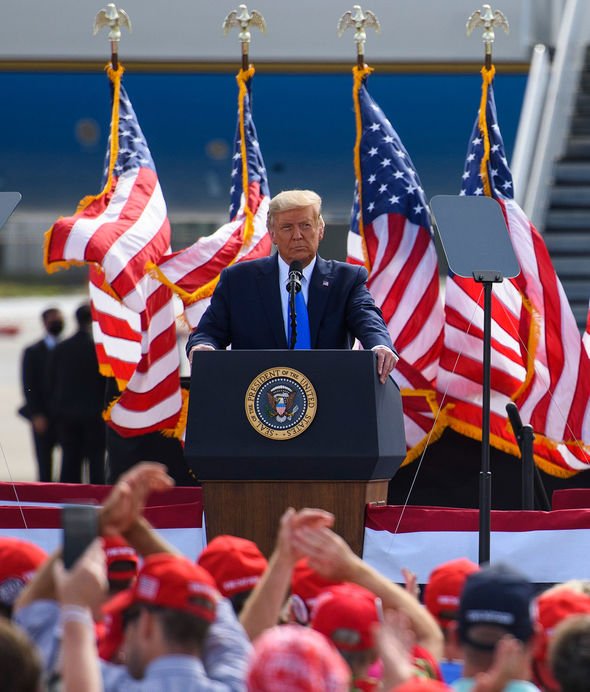 Phil has joined over 20 recording artists in issuing complaints about the president using their songs during rallies and speeches.

The Village People frontman Victor Willis recently told the president to stop playing his band’s hits Macho Man and Y.M.C.A. at his rallies.

Late rockstar Tom Petty’s family also sent a cease and desist letter to the campaign after it played I Won’t Back Down.

The family explained in the order that the song was written for the “underdog” and “common man” and that the president did not represent either.

Other artists including The Rolling Stones, Rihanna, R.E.M., Prince, Panic! At the Disco, Pharrell Williams, Nickelback, Neil Young, Adele, George Harrison, Elton John, Guns N’ Roses, and Luciana Pavarotti have additionally spoken out against the use of their music during Trump rallies.

Sir Rod Stewart also hit out at Trump after he made the United States the only country in the world that will not participate in the Paris climate agreement.

The Maggie May hitmaker shared his concerns while speaking to Virgin Radio host Chris Evans on his How To Wow podcast.

The musician got onto the subject when Chris suggested the fight against coronavirus was even “weirder” than when the country battled the Germans in World War II because “there’s no silver bullet”.

Sir Rod agreed and added: “I think the good Lord’s intent on wiping us all out because we’ve spoilt the Earth, we’ve spoilt it.

“I think it’s too late to turn back now, I think global warming is going to spoil the Earth. Literally, I believe we’re too late”.

“Blimey, so we need rock ‘n’ roll more than ever,” Chris mused.

Rod then exclaimed: “Yeah we do, with that p***k in the White House pulling out of the Paris accord, that’s terrible.”