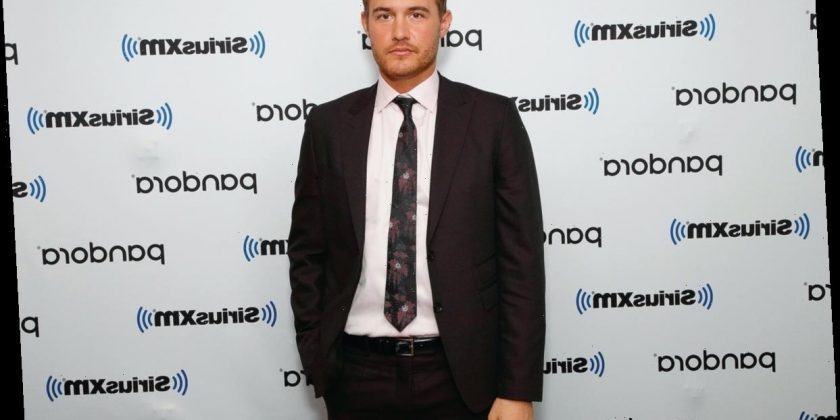 It seems as if the third time’s not the charm for this former Bachelor star. Peter Weber’s Instagram about his breakup with Kelley Flanagan came as a real shock to fans who believed the couple to be happy and taking the next steps in their relationship. Before announcing the split on Dec. 31, the couple looked perfectly happy on their socials. On Dec. 23, Weber even posted a photo to his Instagram with a caption that read "I’ve been wanting to take [Flanagan] on a trip flying down the entire Colorado River!" Now, roughly a week later, the two have split.

According to E! News, Weber announced on his Instagram Story that he and Flanagan had moved together to NYC on Dec. 22. However, it seems the stress of moving got to the couple, who ultimately decided to call it quits before the new year. As if 2020 wasn’t already a terrible year for Bachelor Nation, it was capped off with yet another breakup. While many couple’s found love in a quarantine place, a lot of fan favorites like Kendall Long and Joe Amabile and Evan Bass and Carly Waddell announced that they were going their separate ways.

Weber announced the breakup on his Instagram with a photo of the couple looking out at a sunset. In his caption, Weber revealed that despite the beautiful memories, their relationship "simply didn’t work out in the end." An insider told E! News that the couple "had been fighting a lot," and the move was putting "a lot of pressure on them." It seems it ended up being too much to handle.

Flanagan wasn’t even Weber’s first relationship of 2020. The former Bachelor contestant actually finished in fifth place on Weber’s season. Fans will remember that in what was surely "the most dramatic" finale ever, Weber gave his final rose to Hannah Ann Sluss but ultimately ended up choosing Madison Prewett. That relationship quickly fizzled out, which led to Weber and Flanagan getting together in April. The pair seemed to be doing well. There were even engagement rumors swirling, but Flanagan shut down those rumors in November.

The couple reportedly didn’t spend the holidays together, according to the insider. Despite mentioning her in his captions, the last time Weber posted a photo with Flanagan was on Dec. 2 and Flanagan last posted the two together on Dec. 8. Though, Weber did comment on Flanagan’s holiday post "Best Christmas present I ever did get," which just proves why some fans feel blindsided by the news.

As sad as it is to see another Bachelor couple fall, there is hope that 2021 will be better. After all, if you’re going to break up, you might as well start anew with a brand new year. While this time may be a somber one, Weber did conclude his Instagram post with something sweet. He wrote that even though this moment hurts now, it shows that "it was worth the time you spent together."