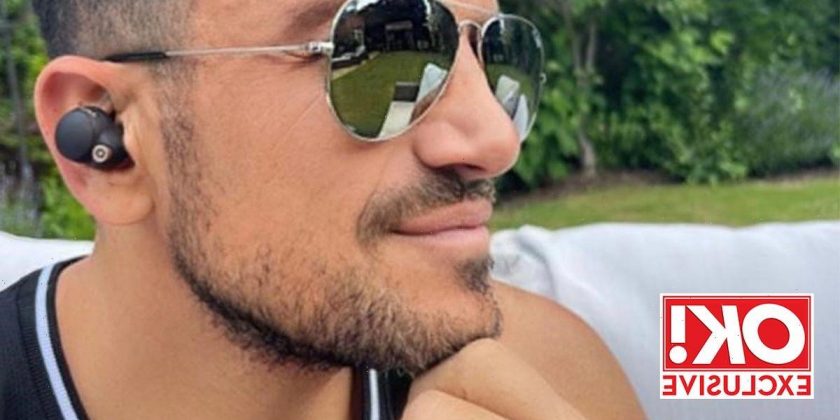 Peter Andre has hit out at the racist abuse England football players faced after the Euros final, insisting it makes the beautiful game 'ugly'.

Speaking in his weekly column, the star insisted those responsible should be held accountable and banned from football. Sign up – for free! – to see what Peter has to say.

Are you an OK! VIP? If not, why not? It’s free and gives you backstage access to stories like this, exclusive home tours, special discounts and so much more! All you need to do is pop your email address below! P.s. if you’re already seeing this article in full, congrats – you’re already on our guest list!

Seeing the racist abuse towards England footballers Bukayo Saka, Marcus Rashford and Jadon Sancho following the Euros absolutely disgusted me. Had England won, those same people would have sung their praises. It upsets me to know that some people have an in-built hatred for others. People like that should be held accountable, banned from football matches, which is apparently happening, and banned from social media for good. You shouldn’t be able to do something like that and not pay the price. It’s called the beautiful game, but the thugs like that make it ugly.

It was so sad to hear about Chris Eubank’s son Sebastian passing away just before his 30th birthday. It’s since been revealed that he died of a heart attack. I’ve met Chris many times and, as a father, I just can’t even imagine what he is feeling. We’re all sending our love as a family to him and the rest of his family. No parent should ever have to experience their child going before them.

I’m so happy for Emma Bunton and Jade Jones after they got married. They kept that one under the radar, didn’t they?! They’re a lovely couple and I’ve known both of them since the 90s – obviously with Emma being in the Spice Girls, we all got to know each other, while Jade was in Damage, and we worked together quite a lot. I’ll be sending them my congratulations and I wish them nothing but pure happiness for many, many years to come.

Putting a ring on it

Molly-Mae Hague and Tommy Fury revealed they went engagement ring shopping “for fun”. I have a lot of time for Tommy and Molly, and I hope they get married one day. They’re an example of something amazing that can come out of Love Island. Let’s not forget Cara De La Hoyde-Massey and Nathan Massey, too, who have gone on to get married and have kids.

Along with Dr Alex George, Tommy and Molly set a really good example for younger people with their work ethic and the way they’ve been true to themselves and stood by each other. I believe Tommy will be a world boxing champion one day!

I’m so excited to announce that I have my first production credit on a feature film, Ja-Faican. I will be an executive producer and am also starring in the film, which my friend Fredi Nwaka is directing.

I was executive producer on short film The Inheritance in America, but this will be my first production credit on a feature film, which is amazing. It’s where I want to go, and I’m enjoying getting involved in the production and writing side of things more.

We start filming late September and it’s really exciting that things are full steam ahead now. But I do have concerns that now all restrictions have been lifted, we could end up back in lockdown again!