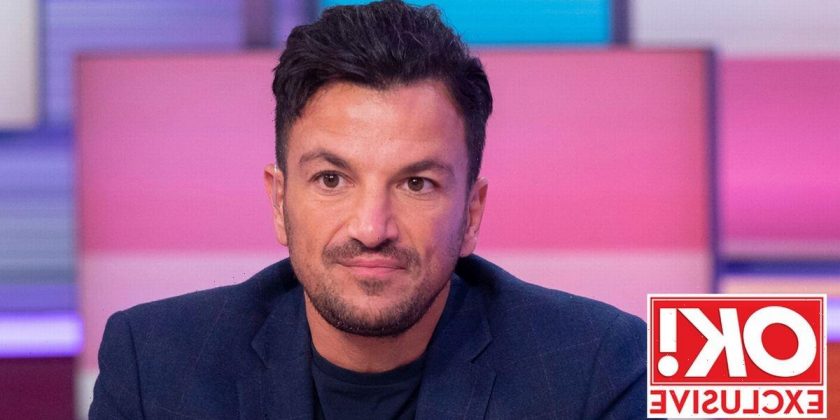 Peter Andre has made the shocking revelation that a taxi driver told him he looks like a "terrorist".

Writing in his weekly column, singer Pete, 49, opened up about the incident, which happened in London when he was wearing a hoodie and backpack. Here, he also comments on his daughter Princess, 15, growing up and why he waited to introduce now-wife Emily as his girlfriend to his children. Sign up – for free! – to see what he has to say.

Are you an OK! VIP? If not, why not? It’s free and gives you backstage access to stories like this, exclusive home tours, special discounts and so much more! All you need to do is pop your email address below! P.s. if you’re already seeing this article in full, congrats – you’re already on our guest list! Olympic sprinter Ricardo Dos Santos has told how he was pulled over by armed police in London for the second time in two years last week.

Ricardo has alleged that he was racially profiled during the stop and search.

I don’t know if that was the case in this particular situation, but I do think sometimes people are picked on because of the way they look.

There was one time I came out of a train station in London with a backpack on and my hood up and no taxis would stop for me.

Eventually one guy stopped and said to me, “Just a word of advice, don’t have your hood up and a backpack on, you look like a terrorist.”

He actually said those words – I couldn’t believe it and I felt really offended. Maybe it didn’t happen because of my race, but it was because of my appearance.

You can’t judge a book by its cover and assume someone is doing something wrong because of how they look.

At the time of writing this I finally got to sneak out to our home in Cyprus with all the kids and it was amazing.

We celebrated Ems’ birthday out there. She said she didn’t want a present, but it turns out a little Zara shopping spree was just what the doctor ordered. See what I did there?

We also went for a family dinner at our favourite restaurant in Larnaca. It’s a Japanese called Nippon, and by far one of the best I’ve been to. I posted a couple of pictures of us and surprisingly people have been saying Princess is the spitting image of me. I don’t see it, but poor her!

Princess is so beautiful and she’s suddenly gone from looking like a kid to a young lady.

It scares me but in a good way. We have a proper laugh now and it’s exciting watching her and Junior grow up.

When The Time Is Right

Louise Redknapp has said she hasn’t dated since her divorce from Jamie as she wanted to keep things stable for their sons.

So many things were changing in their dad’s life with him remarrying and having another baby.

Everyone handles things differently, but I remember being very conscious about not introducing anyone to the kids until I felt the time was right.

Emily and I were friends for two years before we started dating, so Princess and Junior knew her as a family friend.

Even when we started dating she never stayed over when they were there. We waited until I knew how serious we were.

Fans have been mocking Brooklyn Beckham for flitting between an American and cockney accent. I guess they’re saying it’s a mockney accent.

However, in his defence, it’s very easy to call someone out for the way they talk.

But Brooklyn’s family spend a lot of time in the US and his wife is American, so it’s not surprising his accent has changed.

And who says there’s a right way to sound? I get comments about my accent all the time.

When I’m in England people say I have a strong Aussie accent, and when I’m in Australia people say I sound so English, telling me, “You sound like such a Pom!”