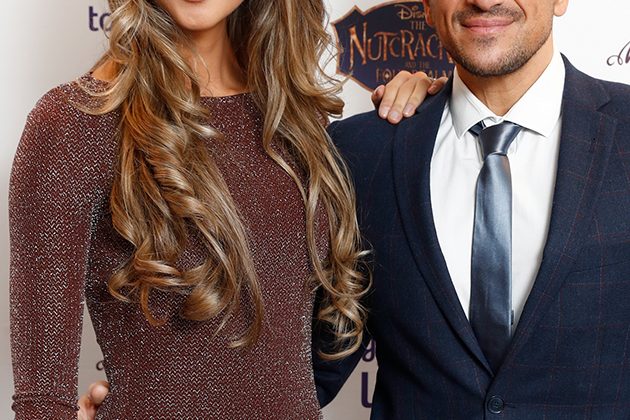 ‘It’s like a scene out  of Home Alone,’ Peter tells us.

When we catch up with the singer, he’s clearly in the festive spirit and can’t wait to treat  his four children, Junior, 13, Princess, 11, Amelia, four, and two-year-old Theo.

That’s not forgetting his wife Emily, 29, although she might not be at home on Christmas Day due  to her demanding job as a  doctor – which Pete, 45,  admits will be ‘tough’.

While questions about his  ex-wife Katie Price are off limits, Pete’s happy to share his festive plans and hopes for 2019 with us…

A lot will depend on Emily’s work, because although I’m not working Christmas Day, I don’t know whether she is. She doesn’t get a choice and she won’t find out until the last minute. It’s a tricky time of year because  I used to work on New Year’s Eve and Christmas Eve and now I’m like, ‘No, I want to be with the family.’ But now I don’t know if Emily will be around.

Do you have any  family traditions?

Christmas Day is really special at ours, it’s like  a scene out of Home Alone! There are kids everywhere and we do all the traditional stuff. The mince pies and carrots are left out the night before, then the kids wake up in the morning with stockings at the end of their beds. We have a big English breakfast, then sit in  a circle to open our presents.  We have lunch, go for a walk, then pass out in front of the  TV with chocolates!

What have the kids asked  for this year?

Theo loves Thomas the Tank Engine and is obsessed with cars, trains and aeroplanes. Millie [Amelia]  loves drawing and colouring, Junior is  a PlayStation fanatic, so he wants vouchers, and Bista [Princess] has asked for Slime because she wants to make it, sell it and give the profits to the Children’s Hospice. That was her idea, not mine!

That’s so sweet! Are you careful not to spoil them?

I don’t mind kids being spoilt, as in they don’t want for anything, but I don’t like them to be brats. If a kid is spoilt because they get nice things, but they’re really appreciative, that’s different.

What have you asked for?

This shows my age, but all I’ve asked for is a pair of slippers  and some nice PJs – and Emily wants the same thing!

Is that what you’ll get her?

I spoil her rotten. And at some point early next year we’re  going to try and go to New  York because she’s never been.  I like surprising her like that.

Will you have a drink on Christmas Day?

I don’t usually drink, but  I like the taste of mulled wine  at Christmas time. Emily  doesn’t like drinking either  – we’ve done all that.

Who does the cooking?

We’re both really good cooks, but I do most of the cooking  – there’ll never be a time when Emily doesn’t come home to  a home-cooked meal. But on the flip side, she’ll do the Sunday roasts. She also bakes cakes – she could do Bake Off. I don’t know if I’d want to do MasterChef though, I’d be too scared!

Could there be another  baby for you two in 2019?

I don’t know. Now that Theo is a bit older I’m like, ‘Yeah!’ But then I think, ‘Really? Do you want to go through all of that again?’ Maybe not!

When did this happen :)) So proud of Amelia’s first ever day at school #timeflys #proudpoppa

How did your A by Andre bed range come about?

My dad always wanted me to be an architect or interior designer, but I just wanted to do music. Now, I’ve teamed up with my friends at HOS Home to create a new company. My dad will  be proud, he’s always wanted  me to build a business outside  of the music industry.

A by Andre is available at hoshome.com. To see Peter Andre on his Celebrating 25 Years tour, go to ticketmaster.co.uk