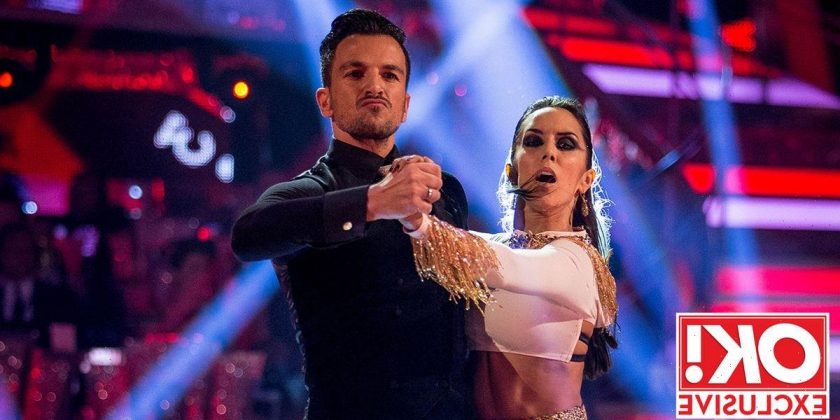 Singer and former Strictly Come Dancing contestant Peter Andre has called for Sunday's pre-recorded results show to be scrapped after the Twitter account which leaks the eliminated contestant on Saturday evenings has said he won't stop.

Writing in his weekly column, Peter, 49 – who took part in the show alongside professional partner Janette Manrara back in 2015 – insisted that the live dance-off instead take place on Saturday, to avoid disappointing the audience with potential spoilers.

"The Strictly 'mole' who leaks public vote results before they air has been revealed," Peter writes. "I think they should scrap the results show and do the dance-off live straight after the main show on a Saturday to avoid this."

The father-of-four added: "Every week the audience is told to keep the news secret but with social media, it’s virtually impossible. I remember people would always come up to me on the Sunday before the show was on and beg me to tell them the results!"

The individual responsible for dosing out the weekly Strictly spoilers rejected claims made by judge and former professional dancer Anton Du Beke that he is "ruining the show".

Since the much-loved dance competition first took to our screens back in the summer of 2004, millions of viewers have tuned in every weekend to watch celebrities perform on a Saturday night, with one being voted out after a live-dance off on the Sunday.

Despite this, audiences have always been aware that both episodes are in fact filmed on Saturday night, with Sunday's televised show being pre-recorded.

With this format, there was always potential for the weekly results to be revealed ahead of Sunday evening's show, and one individual has been taking advantage of this for several years now.

And though some – potentially more traditional – viewers agree with Anton's frustrations that the Saturday night spoilers are "spoiling" people's enjoyment of the long-standing series, others are now calling for the BBC to scrap the Sunday night show to avoid to possibility of letting down viewers.

The 'Strictly spoiler' admin himself Dave Thorp told MailOnline this week that he has has no intentions of stopping his weekly publishing of the results and refused to disclose where he was receiving the results from.

"I'm just providing a service and am not spoiling anyone's enjoyment. I don't put the results for everyone to see and they have to search for my site to find out the results," he said.

"There is an appetite from people who want to know the results before Sunday."

"When I was on, all these stories kept coming out about everyone and the majority of them weren’t true," Peter – who was eliminated in week 10, taking seventh place – added on the matter.

"It felt like someone was planted to make them up! It was bizarre and we never found out who it was."