‘He was the perfect person’: Pete Waterman pays tribute to Darius Danesh as he reveals they were planning to work together on star’s return to music ahead of his death

Pop Idol singer Darius was found dead in his Rochester, Minnesota, apartment on August 11 aged 41, as police continue to probe his mystery death.

Speaking on Good Morning Britain on Wednesday, Pete described Darius as ‘the perfect person’ as he revealed they were in contact recently and planned to work together on the star’s return to music. 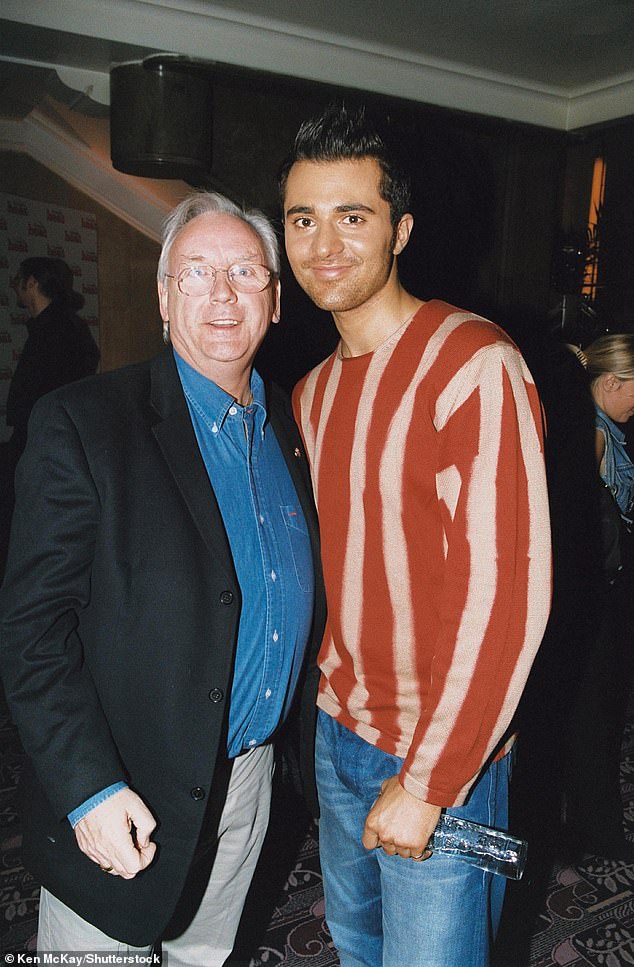 ‘He was an amazing talent – we became great friends as I did champion him when he was on Pop Idol,’ Pete, who first met the singer on the ITV reality show, explained to GMB hosts Charlotte Hawkins and Rob Rinder.

‘At 41, my heart goes out to his family because it’s terrible losing a sibling. He was just brilliant.’

‘The word gentleman is overused but not in Darius’ case. So quiet, so polite, so gentle, I guess he was the perfect person. So gentle. No cross words. He didn’t get angry.’

The famous producer added that he and Darius met up a week before the 2020 Covid lockdown and discussed working together. 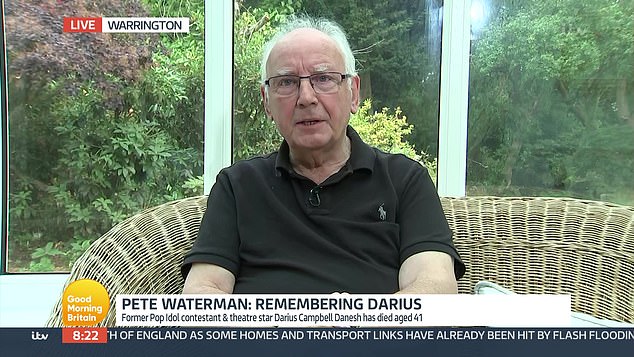 Loss: Speaking on Good Morning Britain on Wednesday, Pete described Darius as ‘the perfect person’ as he revealed they were in contact recently and planned to work together

‘We were talking about me going to work with him in the States to mentor him because he wanted to get back into music.’

‘Darius wanted to do too much. He had too much talent. Darius could have gone on to be bigger than Michael Buble.’

‘I know that sounds silly but sometimes you have to focus on what you really really want.

Pete first met Darius through his role as a judge on Pop Idol in 2002. Darius finished in third place on the ITV show behind household names Will Young and Gareth Gates.

‘He knew he couldn’t win Pop Idol but knew he would be in the top three and that’s what he wanted.’ 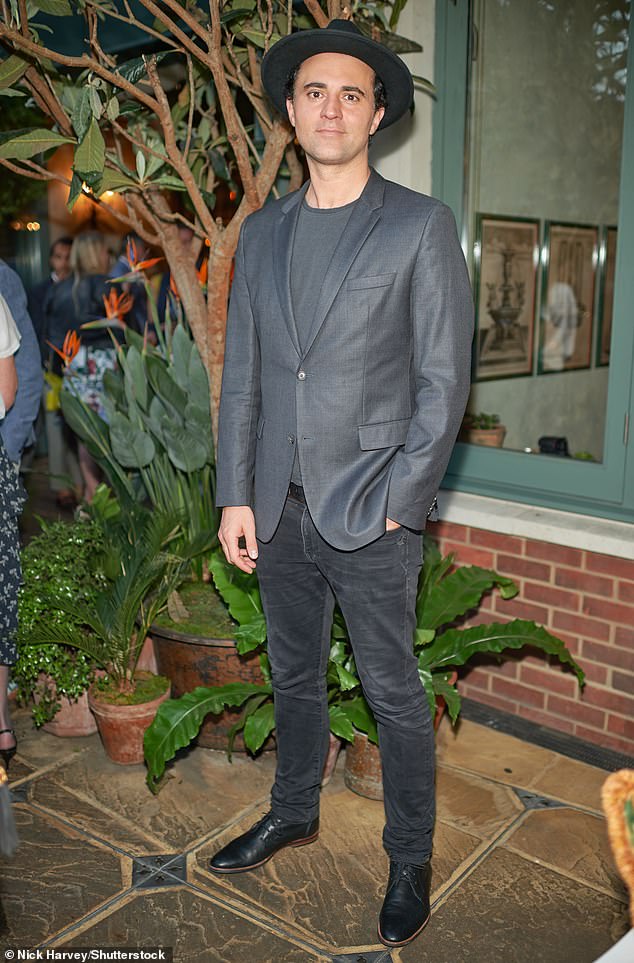 Music return:The famous producer added that he and Darius met up a week before the 2020 Covid lockdown and discussed working together

After Pop Idol, Darius famously turned down Simon Cowell’s offer of a record deal and signed with producer Steve Lillywhite, whose credits include U2 and the Rolling Stones.

His debut single, Colourblind, was released in July 2002 and went straight to number one, marking the start of a run of top 10 releases.

Pete remarked it was ‘the icing on the cake’ when Darius turned down Pop Idol boss Cowell, ‘as Darius was in charge – that was his problem as he couldn’t be controlled. Sometimes you need to stand back and leave people to help.’

‘He was so proud of Colourblind – he would be so happy if it would be number one now again.’

Sources close to Darius claim he had been hugely ‘excited’ for his reported Pop Idol homecoming – and UK comeback trip – just weeks before he died. 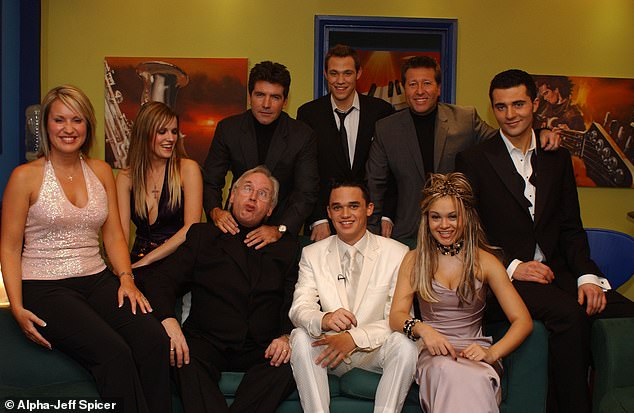 Where it began: The 2002 stars of Pop Idol including Simon (back row, centre) Will Young, Gareth Gates (white suit, centre) and Darius (furthest right) with Pete pictured centre

The showbiz world was rocked by news of the passing of the Scottish singer and actor who was found dead in his apartment in Rochester, Minnesota, on August 11 – although the cause of death remains unknown.

Police have said there were ‘no signs of intent or suspicious circumstances’ as of yet while they await toxicology reports as they investigate the death of the late Pop Idol star.

Simon Cowell, 63, led the tributes to the late singer, as the music mogul released a statement honouring the star who passed exactly 20 years after he topped the charts with his critically-acclaimed single Colourblind.

Darius famously turned down a record deal from Cowell but the two have remained friendly over the years and reunited at an X Factor party and taping. I

It was also revealed the late star recently visited Simon’s home in Malibu for the evening to attend the party and judges’ homes taping.

Simon told MailOnline: ‘I first saw Darius on television over 20 years ago and I got to know him really well. He was charismatic, funny and just a great person to be with.

‘His passing, for someone so young, is an absolute tragedy and my heart goes out to his family and friends.’

Darius was found dead in an apartment block where short-term residents often work or receive treatment at the famous Mayo Clinic hospital which is opposite, MailOnline can reveal today.

Darius was living at The Berkman apartments, a two-year-old building situated across seven floors that is billed as Rochester’s ‘premier address for elegant short term and long-term furnished suites and residential living’. 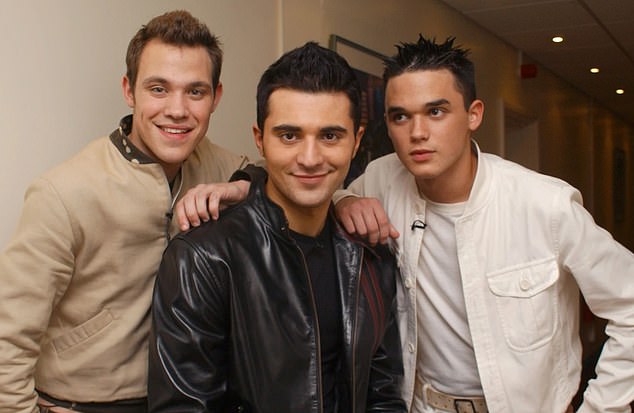 Tributes: Gareth Gates led tributes to his ‘big brother’ Darius after he was found dead in his apartment at the age of 41

Most of the tenants who live at The Berkman – which has about 270 long-term rentals and 75 short-term or nightly rentals – work or are being treated at the Mayo Clinic’s 1,265-bed Saint Marys Campus across the road.

Rochester Police Department said it responded to a ‘deceased person call’ at 11.53am on August 11 at The Berkman, and the Southern Minnesota Regional Medical Examiner’s Office identified the person as Darius.

It is yet not known whether Darius had any link to the Mayo Clinic. A Rochester Police Department spokesman said: ‘The investigation into the cause of his death is still pending. There is no known threat to the public.’

A police dispatch call was placed when a ‘medical’ team was requested for a ‘possible deceased’ person, reported The Sun. Another call was allegedly made minutes later from an operator saying: ‘No need for them to respond. We’ll be waiting for RPD [Rochester Police Department] to arrive on the scene. We’ll secure the residence.’

Police have said there were ‘no signs of intent or suspicious circumstances’ as of yet while they await toxicology reports. Darius lived in the US and had been in a relationship with Canadian actress Natasha Henstridge. 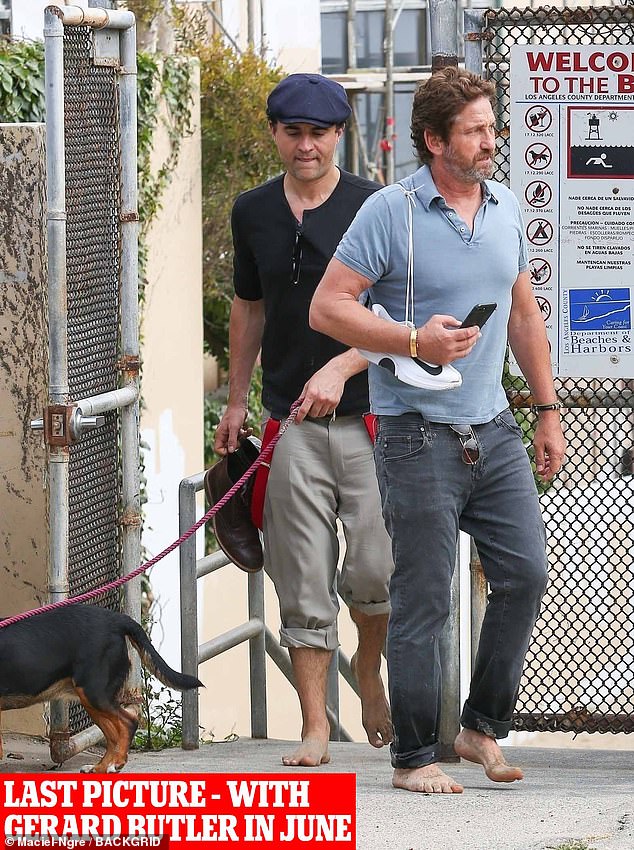 Among the last people to be pictured with Darius before his death was actor Gerard Butler (pictured right with his friend in Malibu, California on June 11), who had reportedly travelled to Rochester, Minnesota, in recent months