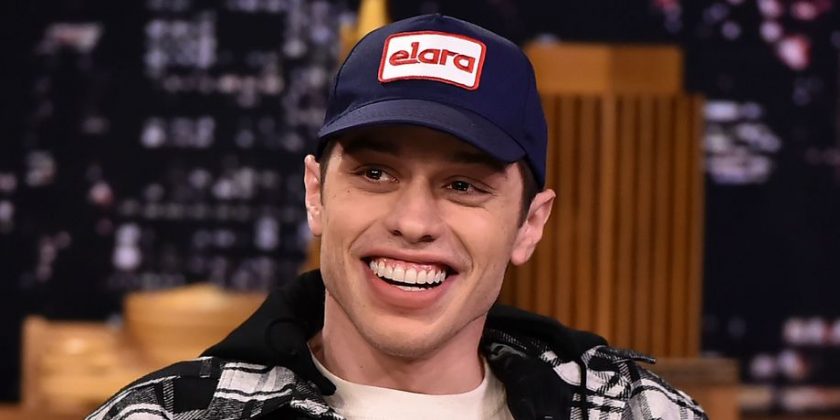 They’re really close friends, and it was time for Pete Davidson to show support for his pal at Machine Gun Kelly’s concert in Cleveland, Ohio, on Saturday night.

Exactly a week after the Saturday Night Live star posted an almost suicidal message on Instagram, prompting MGK to quickly fly to New York City to make sure he stood by his friend’s side, Pete, 25, was spotted enjoying the rapper’s show at Cleveland State University’s Wolstein Center while perched on an elevated platform on stage. As reported by the Daily Mail, many of the 28-year-old hip hop artist’s fans took pictures and videos of Saturday’s show, which showed Pete supporting his friend while sporting a black hoodie, dark pants, and black trainers.

The Staten Island native took to Instagram last week, just hours before he was due to appear on SNL, to post a worrying message in which he said he didn’t want to “be on this earth anymore,” and then delete his social media account. As soon as MGK learned about Pete’s situation, he got on a plane to go see him, tweeting “I’m in the plane now on the way to see Pete… Gonna make sure he’s good, i promise… can’t have my boy in the darkness like that.”

The two were then spotted hopping in the car together after the show, then shaking hands and embracing warmly before MGK was dropped at his hotel and Pete headed home. On the following Monday, MGK told TMZ while on the way to AOL’s Build Series that it was a “weird time for us all right now.” SNL producer Lorne Michaels also made the decision to have Pete take a break from the show and seek treatment, as previously reported by the Inquisitr. Michaels reportedly wants his cast member to take some time out the spotlight and focus on his mental health, with Pete possibly returning to SNL in January.

“Lorne has pledged to help all he can, including sending Pete to get help,” a source said.

“Everyone on the cast is hugely protective of him and were obviously upset — particularly Colin Jost and Michael Che on ‘Weekend Update.’”

Machine Gun Kelly and Pete became closer friends when they shot the movie Big Time Adolescence together over the summer, and the comedian even appeared on MGK’s music video for “Loco,” released back in August. After Pete posted the near-suicidal Instagram message on December 15, thousands of fans and several celebrities showed their support for the SNL cast member, who has always been very outspoken about his mental health.