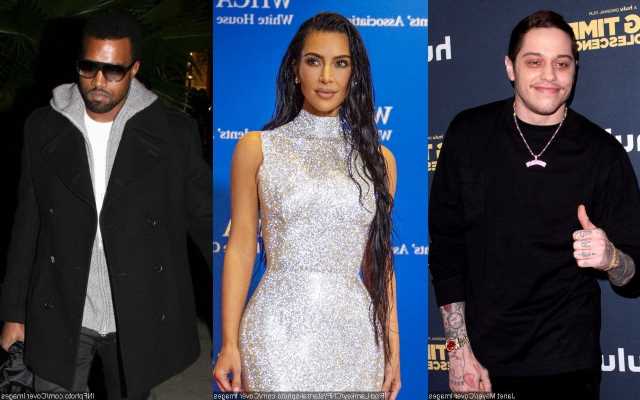 The comedian is reportedly glad that the hip-hop star doesn’t bother him any longer but still feels anxious while thinking about the ‘Kardashians’ star and how she is responding to it.

AceShowbiz -Despite splitting, Pete Davidson still cares about Kim Kardashian. The former “Saturday Night Live” cast member allegedly is “concerned” about the SKIMS founder as she has to deal with ex-husband Kanye West‘s anti-Semitic scandal.

A source tells HollywoodLife.com that Pete has been back in Staten Island and has been “doing well and is much happier” being close to his loved ones. He’s glad that Ye didn’t bother him any longer. That being said, he still feels anxious while thinking about Kim and how she is responding to it.

“He was struggling, dealing with Kanye, everyone in his life’s relieved that he’s no longer at the mercy of Kanye’s moods and the hope is that he’ll never face anything like that again,” the insider claims. “It’s still upsetting for him, he cares about Kim and he understands what she’s dealing with, it’s awful.”

According to the report, Pete “is only concerned with how Kim is doing because, although they are no longer together, Pete knows what Kanye is capable of and how much it affects Kim and the kids.” The insider continues noting, “He just feels bad for everyone involved.”

Another source, meanwhile, shares that Pete was shocked to see the “Donda” artist’d recent attacks to people. “Pete never thought that Kanye would go after so many people in the same brutal way that he came for him,” the source says of “The King of Staten Island” actor. “Part of him feels like everything that Kanye is getting is karma. Pete been open about his struggles with mental health, so part of him is also empathetic.”

It is also said that Pete reached out to “The Kardashians” star on her 42nd birthday on Friday, October 21. He reportedly wished her a happy birthday, but the former couple kept their conversation “short and sweet.”

Kim and Pete called it quits earlier this year after dating for nine months. The pair, who were first linked in October last year, reportedly broke up due to his “immaturity and young age.” However, a friend of Pete claimed that Pete dumped the “Keeping Up with the Kardashians” alum.

“She’s 20 years older, she has four kids and she was married to Kanye West who was always making trouble for them,” Johnny Potenza said. “Kanye was picking fights and calling him names. For a man his age it was childish – a pathetic love drama. Most of the people I know in Staten Island were saying it wouldn’t last.”