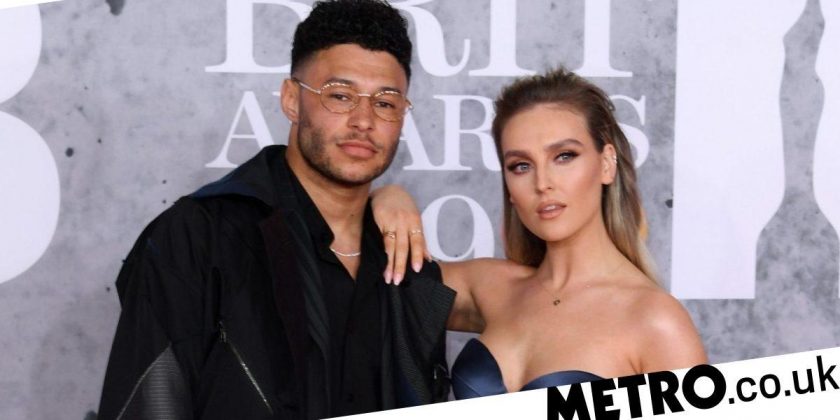 Liverpool are getting ready to take on Tottenham Hotspur in the Champions League Final, in Madrid.

And Perrie Edwards is among those out there in Spain ready to cheer boyfriend Alex Oxlade Chamberlain on.

Taking to Instagram, the Little Mix star shared a video of herself with her friends and family, as they tucked into some dinner.

Alongside the upload, the 25-year-old simply added ‘Madrid’ with a little Liverpool FC badge – just in case anyone got it twisted about who she was out in Spain supporting.

It is not yet known whether Alex will get a role in tonight’s final, as he has been making his way back to the team slowly after sustaining an injury last year.

Since returning to the squad, the 25-year-old has only made two appearances on the pitch, but has been included in the trip to Madrid.

And, in a chat before the game, Shout Out To My Ex singer Perrie revealed she just want her beau to be able to take part in the game.

‘I’m going to be out in Madrid so if they win it’s going to be party central and I am ready to party,’ she said on Forth 1.

‘I just want Alex to be a part of it, that’s all I care about.

‘I can’t even tell you how nervous I am and I don’t even know if he is going to play or not but my anxiety is through the roof.

Pez also admitted she ‘has a good feeling’ that Liverpool will beat Spurs to the Champions League trophy.

So there you go…

Palex – or Alerrie, as fans have dubbed them – were first spotted together at the end of 2016, but didn’t make things Instagram official until a few months later.

And have been total couple goals ever since.