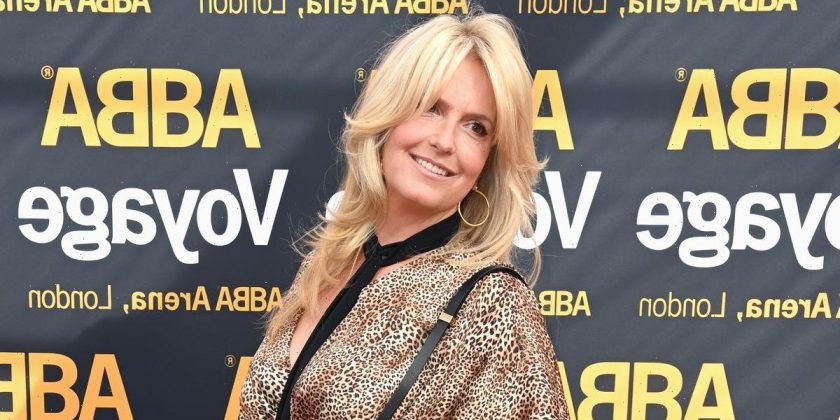 Penny Lancaster put on a leggy display as hit the red carpet ahead of ABBA’s first performance of their 2021 album, Voyage.

The mum-of-two wore her stunning blonde tresses in a curly blow dry, and donned a pair of gold hoop earring to complete the look.

Benny Andersson, 75, Agnetha Fältskog, 72, Anni-Frid Lyngstad, 76, and Björn Ulvaeus, 77, pulled out all the stops for the event, where they prepared themselves to watch their digital avatars take to the stage.

Penny’s night on the town comes after the Loose Women star opened up about her turbulent mood swings as a result of her menopause.

“I remember Rod asking me what on earth was wrong, but the truth was that I really didn't have a clue why I was experiencing such violent and upsetting mood swings, which meant some days I would feel completely devoid of feeling, while on other days I would be hyper,” she toldMail Online.

“I thought I was losing my mind and it was only months later, while appearing as a panellist on Loose Women, that my colleagues put me straight. 'Penny, you're perimenopausal,' they told me. 'It's all down to your hormones.'

“I could hardly believe it, especially as I'd described my symptoms to my doctor and he had promptly put me on anti-depressants.”

Penny was 49 at the time, and released she was at the age when menopause usually begins.

Following the comments from her fellow panellists, Penny contacted a menopause specialist and was promptly put on HRT to help her with her symptoms.

Loose Women, GMB, Lorraine and This Morning ladies' triumphs from OBEs to wind-surfing the Channel

Things haven’t always been so smooth sailing with her fellow Loose Women stars however, afterJanet Street-Porter made a savage dig at her last summer.

The women were engaged in a fiery debate about England’s “Freedom Day”, which was due to go ahead on July 19 2021 as the country “reopened” after months of Covid restrictions, when Denise Welch, 63, ranted about “double standards” as she was unable to visit her father, who had been in hospital for weeks, while the Wimbledon finals went ahead as usual.

Taking a swipe, Janet interrupted Denise and exclaimed: “Darling, you’re not Penny Lancaster, so I’d like to get a word in!”