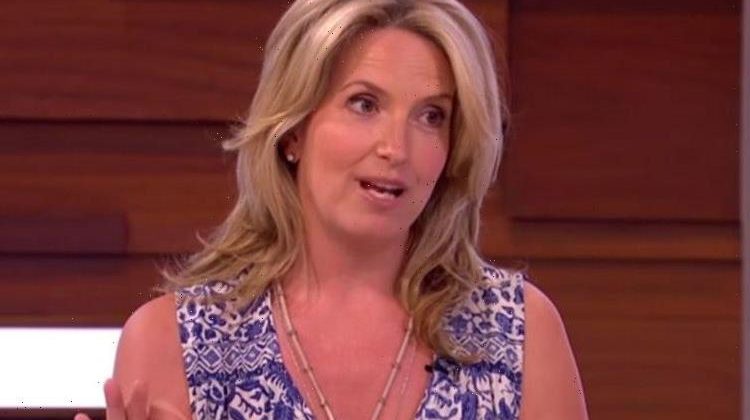 Loose Women panelist Penny broke down in tears on Monday’s show after she discussed her experience of going through the menopause. The 50-year-old model admitted she was put on a course of antidepressants and often felt guilty for “being upset”. She said: “When I joined Loose Women, I’d sit back and listen to you more mature ladies at the time […] thinking ‘really, is it that bad?’ and never quite understanding it.

“I think that’s half the problem ‒ it’s not until it hits you literally from every angle that you think ‘this is what you’re all talking about.’

“Because we’re so good at hiding and putting a mask on and a band aid on the problems, just getting on with life, making sure everyone is ok  ‒ the house is running, the kids are off to school and the husbands.

“[With] all these different roles we play and [work] in between […] we forget about ourselves.”

Penny and former Faces singer Rod have been married since June 2007, and have two children together, Alastair and Aiden.

The couple began dating in 1999, though Rod told Life magazine that he and Penny once split for two weeks, which inspired the singer to cover Tom Waits’ Picture In A Frame on 2013 album Time.

Penny revealed on a 2017 episode of Loose Women that she gave Rod an ultimatum when they were dating in order to curb his roguish behaviour.

She explained to the Loose Women panel: “He was still playing games when I first met him.

“He had just recently come out of his marriage and he was having fun because he didn’t think he wanted to settle down again.

“I didn’t want to play the games so I remember right from the very beginning I said ‘If you mess it up ‒ look, I understand if you want to go out with other girlfriends tell me and I’ll find someone else ‒ but please don’t do that to me.

“I made the rules pretty clear and if you’re happy to live under the terms I want to have a relationship in, then great.”

Rod was one of the most lauded musicians of the Sixties and Seventies, having found success as part of the Jeff Beck Group and Faces, before embarking on a solo career.

The Maggie May singer had two previous marriages with Alana Stewart and Rachel Hunter respectively, while he once claimed he had slept with “more women that he can count”.

Penny said that when her future-husband allegedly broke the terms she had set, the model split from the singer.

She said: “I remember finding a photograph of him with another woman and he went ‘oh, but it was my daughter’s friend, and this and that.

Penny was met by a rapturous applause from the Loose Women audience before she added: “So he just went into complete panic and said ‘I didn’t know whether to take you seriously.’

Penny admitted she took Rod back after he did “a lot of explaining”, with the couple eventually getting engaged in 2006 after the singer proposed on top of the Eiffel Tower.

In 2019, Rod said he was romantically behaving himself by likening his manhood to a banana.

The singer told the Sun: “The banana is back in the fruit bowl.